Prix de l’Arc de Triomphe is considered one of the most reputable and lucrative horse races in the history of the sport. Started in the 1920s, it’s now worth over $3 million for the winner alone. At an event of this magnitude, the anticipation is always high because the fans and casual watchers want to see the result when the best competitors in the world take center stage.

It’s the same whether it’s horse racing, football, or IPL cricket. Thankfully, the 2020 version of Longchamp meeting is no different, with Enable’s opportunity to create history taking the limelight. However, she isn’t the only set of galloping hooves to keep an eye on during an action-packed festival.

The world-class Enable has proved she can deliver on the biggest stage of all after capturing back-to-back l’Arc titles in 2017 and 2018. Sadly, she couldn’t achieve the impossible and win the hat-trick on the third attempt in 2019, finishing second to the eventual winner, Waldgeist. However, Enable can still make history by becoming the first three-time winner in the race’s history, and her form suggests she’s in with a great chance after walking over the competition in the September Stakes at Kempton. Enable destroyed the field by seven lengths, proving there’s plenty of life left in the old girl yet.

A Lover and a Fighter

The reason Enable isn’t ranked as number one to win the race with the bookies is down to an Aiden O’Brien-trained equine talent named Love. Although everyone will be hoping for sentiment to take the title in October, Love is set to come out victorious according to the latest horse racings odds, which are as low as 13/8 compared to Enable’s 9/4 currently. After winning the 1000 Guineas and Epsom Oaks, the Ballydoyle star is currently the best three-year-old in Europe and has time on her side as she’s half the age of Enable.

Another rival worth mentioning is Ghaiyyath, the last horse to beat Enable in the Coral-Eclipse at Sandown Park in July. If the colt makes the stalls – reports suggest he’s heading for Champions’ Day or the Breeders’ Cup – he’ll be tough to beat.

To talk about the Prix de l’Arc and a two-mile stayer in the same sentence is usually ridiculous. But if horse racing fans have learned anything in the last couple of years, it’s never to write off Stradivarius. The John Gosden-trained superstar is used to longer distances where his stamina and speed give him the edge, yet he runs nonetheless this year.

While most people may think it’s a two-horse race, Stradivarius’ recent outing at Longchamp was incredibly competitive, finishing second to Anthony Van Dyck over 1m 4f. The exciting news is that the ground is expected to be on the fast side, which experts believe will suit Stradivarius’ strong gallop and surprising turn of pace that he showcased in France. Although legendary jockey, Frankie Dettori, will ride Enable, having experience over the distance at the course will stand a proven horse in good stead.

The equine fraternity wants Enable to make history and claim her third title, and she can do it. Yet there’s no doubt the likes of Love, Ghaiyyath and Stradivarius will hit her hard, and she’ll need to find more than on previous runs. Event betting is most commonly associated with sports such as soccer, horse racing and boxing. Annual events like…
byZaheer 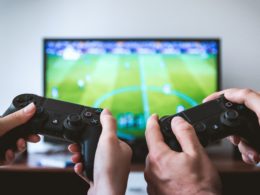 The Challenge of Creating a Storyline for a Slot Game Theme

Constantly evolving since their inception in 1996, online slot games are often underestimated in what they accomplish. Seemingly…
byZaheer