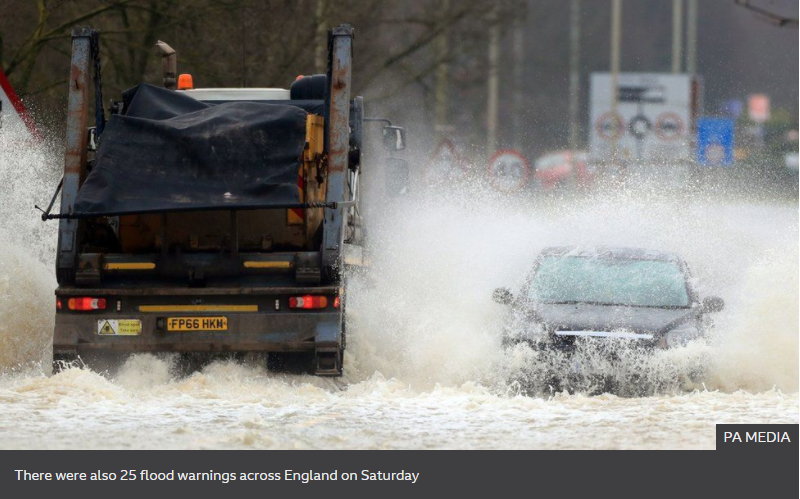 Weather forecasters in the UK have recently warned about the potential for disruption of snow falls across various parts of the UK. An amber warning regarding the weather has been issued in different places across the Eastern England and several people were also given a warning to expect travel delays and power cuts in those areas. Besides, there were several warnings too, that were issued in the rural communities regarding the cut off with up to 8 cm or 3 inches of snow forecast. Not just this, different parts of Scotland, as well as areas in the rest of England were also under a snow alert in their respective places until Saturday evening. People situated in the East Anglia woke up to a thick layer of snow on Saturday that happened to have settled overnight, and they could expect more snow till the afternoon. The Met Office further said that 4-8 cm of snow may fall in the areas that were worst affected by the rain.

Alerts issued to the drivers

Not just this, the drivers were also warned to accelerate their cars in a gentle manner and thus, they must leave a large gap between the surrounding vehicles to avoid any sort of hassle. Different parts of Northern Ireland and Wales would stay cloudy and there may be some bands of rain seen particularly in the Northern regions. A Met office forecaster, Greg Dewhurst further said that the areas in Eastern England and also the ones situated around the M25 may expect to have 8 cm of snow, particularly as the Saturday progresses.

Also, it is predicted that the other areas in Scotland and England will see some snowfall here and there. Saturday is expected to be colder than the other two days over the weekend. The temperatures will probably rise above 10 degrees Celsius and there may be a lot of areas that will go under freezing.

A meteorologist at the Met office, Luke Niall said that the patches of snow may even reach various parts of Greater London. He even said that the snow has a high potential to cause certain sorts of disruption and since there were 25 flood warnings issued across England on Saturday, from the South East to the North East, immediate action regarding the same was expected.