The latest and the fastest gadget launched by Xiaomi in its clan is none other than people’s favourite note 6, this phone is the latest phone which boasts its powerful processor and its insane battery back-up which lasts around outstanding 17.5 hours.  So, to keep up the pace with its competitors Xiaomi may have planned its forthcoming devices future with some outrageous technological advancements. Let’s see what they could unveil in the future devices which could mesmerize us with its beauty as well as stun with sheer brilliance.

Some reports suggest that the future device Redmi note 8 will support 5G, which will benefit its users with smooth and electrifying internet speed. We can soon forget the days where we used to wait for the video to complete its buffer period before we could see some videos in High definition quality. 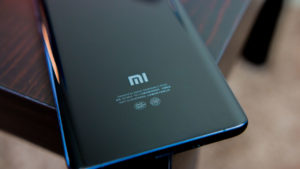 It is believed that the camera which we might witness in Redmi note 8 will have 2 cameras at the front and back side of the phone, the rear side will have 21 MP each and can easily click a marvellous photo of the landscape or if you are a selfie lover then that can also be fulfilled without any problem and that too, efficiently.

The design which we think they are going to give to Redmi note 8 will have a 99.9 % screen to body ratio without giving space to the bezel against its Redmi note 7 pro. We do not know how good will it look as it won’t feature any bezel on its body. On the body, we will get the under-display scanner to scan and unlock the phone with one touch on the scanner.

Redmi Note 8 is Fastest Phone of there family

Rumours also suggest that the phone will come with Qualcomm’s chipset which is going to be the fastest processor used in the Redmi note family. It may also incorporate 4500 mAh battery which could last virtually endless hours and this smartphone will support wireless charging.

This phone could come with 256GB and 512 GB internal space which can be further extended with the SD card to some extent if required. This could be the first phone to be launched with 8GB RAM in future in Xiaomi’s clan.

When it comes to entertainment, the movie is the best option. Most people like to watch movies and…
byZaheer

SiMontok is the best Video Player Application. In this article, you will know about the complete description of…
byZaheer

One of the most chosen professions, about which the youth are crazy, is nothing else but photography. Photography…
byZaheer What You Need to Know About Home Security Cameras

With the advancement of technology, people have access to efficient and affordable devices, making lives better. As a…
byMaddison Brown