Xiaomi’s pocket-friendly Redmi and Redmi Note series has been the most popular for the company so far by keeping its focus on value-for-money budget smartphones and good performance.

A few months back, Xiaomi has announced to make ‘Redmi’ an independent brand bullish on the success of its Redmi series, specially in the Indian market. Xiaomi’s CEO Lei Jun explained that the primary reason behind separating both Mi and Redmi brands was the focus. While the Redmi brand focuses on value-for-money budget smartphones, the Mi brand is focused on high-end devices. The strategy adopted by Xiaomi was similar to the one adopted by Huawei. While Huawei is focusing on high-end phones, its sub-brand Honor is focused on making budget phones.

The successor to the XIAOMI REDMI NOTE 7 PRO is that the officially announced next-in-line XIAOMI REDMI NOTE 8 (releasing next month, introducing 5G) and a 48 MP camera sensor smartphone company has been teasing about from long, Redmi Note 7S (same specification as Redmi Note 7, except for the rear camera setup which will have 48 MP primary sensor for the dual camera module).

With all the details and comparison going on between officially announced upcoming phones and newest released phones by Xiaomi, the rumours of a next-generation high-tech yet budget-friendly phone from Xiaomi Redmi Note is already started doing rounds. Xiaomi Redmi Note 9 and its features could be something to look up to. Let’s dig into some more details and specifications.

Xiaomi Redmi Note Series has been creating a quite a stir with every new phone they release, and we expect nothing different in the enthusiasm of fans for upcoming rumoured Xiaomi Redmi Note 9. Are you excited for this ravishing new addition to Redmi Note series family? Let us know in the comment section below. 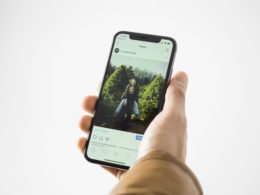 Why Bill Gates doesn’t use an iPhone

From roughly 1 billion iPhone users in the world with the inclusion of several renowned names, however Microsoft…
byZaheer Videoder is the most famous app for downloading Youtube Videos. In this article, you will learn about the…
byZaheer