Xiaomi’s next flagship smartphone is speculated to be Mi 9, an upgrade of Mi 8 smartphone that was unveiled in May 2018. Having hit the market in May, it is unlikely to manifest it in our hands in this year, however, we are surely going to know when they are going to launch this much needed upgraded smartphone.

While something about Mi 8 which consumers did not like was its notch, this notch is said to have disappointed almost 60 per cent of the users due to its ugly looks. As we all know the notch does look good on iPhone X, nonetheless, it was not an easy task for the Mi 8 makers to put that finishing style in its phone. So, we know one thing for sure that they are going to slash that notch in the upcoming Mi 9.

READ  Leggings: How to Properly Wear Them

According to some rumors, it believed that they have equipped 6.3 inches super AMOLED screen which has a resolution of 2160 x 1080, aspect ratio 18.5:5:9 and screen to body ratio up to 100%. However, 100% is not likely attainable and we expect that ratio will be near to 98%. The concept designer has visualized screen to be clad by the glass and will flaunt a 6.2 inches QHD+ display.

The touchscreen used will be the capacitive one with corning gorilla glass and in the display 16M colours can be viewed.

Another report doing rounds on the internet about the camera was the triple lens rear camera set up. The report says that the rear camera will be 16 MP, 20 MP and 16MP sensors with OIS and PDAF.

The Mi 9 is the flagship smartphone so, we expect to see some top-notch processor and snapdragon 885 could do the needful to make it lightning fast. The device will probably arrive with the company’s MIUI 10 or MIUI 11 pre-installed.

In addition, we can expect Mi 9 to support IP68 waterproof function and if Mi 9 is released we expect it will cost around 450 U.S dollars.

We are keen for this much-needed smartphone to be released sooner and we expect it to launch in the next year.  Hope it will land into our hands no later than May. 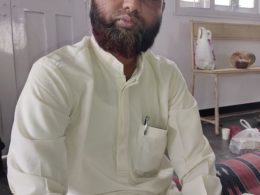 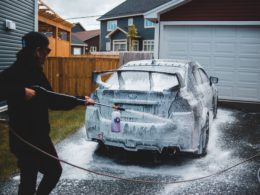 Selling your vehicle can be a trying process. Many things must be considered and taken into account to…
byZaheer