The rumour which is surfacing over the internet is not about the Black ops’ instalment, rather it is about the 2019’s offering from infinity ward. We are still far away from the time of the official announcement, but a new rumour suggests that the original call of duty developer will be returning to the Modern warfare sub-franchise.

The last game from that series was modern warfare 3 whose launch dates back to 2011. Since then, they have tried new things to launch Ghosts in 2013 and infinite Warfare in 2016. Neither of them was a huge hit with critics or gamers.

The rumours of modern warfare emerged from Gaming Intel’s Matt Harris who has reported that “One of Gaming INTEL’s exclusive source has said that the next year’s call of duty game’s title will be Modern Warfare 4, by infinity ward. Our sources said that call of duty would release as a “full-fledged” call of Duty title, with its campaign already been worked on, the customary call of Duty Multiplayer experience and the return of its Zombies mode.  This source also stated that battle royal was being discussed for Modern Warfare, but later it was concluded that it was merely discussions.”

The above-stated report does not mean it is official, it is just thought to be a point made by the source of the upcoming game. As it is not official it is considered as a rumour, however, it is interesting to note that Infinity Ward’s veteran game designers who left for respawn Entertainment have returned to Infinity Ward.

READ  Brainstorming: What It Is, How To Do It (Step by Step)

Some think that just because some Respawn folks have moved to Infinity Ward does not mean the next game will be Modern Warfare 4. If anything, it indicates that Infinity Ward would really like to know how to do advanced movements and wall-running as they managed to pull off in Respawn Entertainment’s Titanfall.

Well, we would be thrilled with a return to modern warfare, where we could get some actual modern, gritty military warfare like the first three games in the series and like the first couple of Black Ops games.

Call of duty has always delivered good games and we expect the same from them, nonetheless, we need to wait until they release some more information on the game. 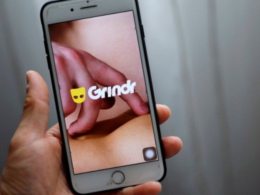 As technology has been doing great, there is consequently an immense threat to the users’ data security at…
byZaheer

Don’t you check the weather forecast while planning to go for a visit? Similarly, don’t you want to…
byZaheer Deciding to hire an SEO company isn’t hard; the most difficult part is choosing the right SEO agency.…
byZaheer