Samsung Galaxy M51 launch in India is said to take place as early as the second week of September.

Highlights of the device:

Samsung Galaxy M51 will launch in India in the month of September. The phone even tips its price. The new smartphone, which is so far a part of the rumour mill, is assumed to pack a massive, 7,000mAh battery. The previous rumours suggested that the Samsung Galaxy M51 will come with a quad rear camera setup. It would also feature an AMOLED display with a hole-punch design. A handset is also likely to come with Samsung’s latest One UI.

According to the local news agency Indo-Asian News Service (IANS) reports, the Samsung Galaxy M51 will probably be the company’s latest ‘Make in India’ offering and will debut in the country as early as the second week of September. It is said to be priced between Rs. 25,000 and Rs. 30,000. Besides, the Galaxy M51 was initially rumoured to launch in July. However, Samsung had reportedly pushed the original plan to September due to production issues. According to a support page, the Galaxy M51 also surfaced on the Samsung Russia site just earlier in this month. It carried a model number SM-M515F and it is believed to be associated with the latest M-series phone.

The Samsung Galaxy M51 was spotted on the US FCC and Bluetooth SIG certification sites with the model number SM-M515F during the month of July. The listings have suggested LTE, dual-band Wi-Fi 802.11ac, Bluetooth, and NFC on the part of its connectivity options. Besides, the phone will run on Android 10 with One UI 2.5 on top. The IANS report said that it will sport a 7,000mAh battery.

The Samsung Galaxy M51 is rumoured to have a 6.67-inch full-HD+ AMOLED display and include an octa-core Qualcomm Snapdragon 730 SoC. It would even include at least 8GB RAM and feature a triple rear camera setup. It may include a 64-megapixel primary sensor and a 12-megapixel secondary sensor with an ultra-wide-angle lens. The phone is likely to come with 25W fast charging. 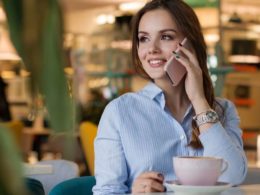 4 Tips for Choosing a Phone for Your Kid How to Enable Dark Mode on WhatsApp?

NewsDio Desk : Are you looking for a way to enable dark mode on WhatsApp?  Well, If yes…
bySuita Desai In this digital era, privacy and security are two crucial things that one has to maintain. If we…
byAnkit Kumar 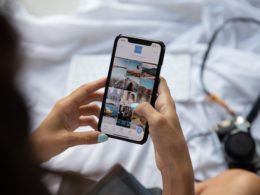 Funny Things To Do With Phones

Everybody has their phone with them nowadays. It is a part of our daily life. Waking up in…
byZaheer