Are you ready for some Scooby snacks? That’s right! Scooby Doo is back again on the big screen in the original animated form. The most popular cartoon of all the time is coming up with a live action movie.

The talks about the movie had started in 2014 but there was no progress at all until now. Finally, Warner Brothers have officially confirmed that the remake of Scooby-Doo movie as a live-action reboot and is in making.

One of the nostalgic cartoons is becoming a live-action movie. The 90s born audience are more than excited about the release as the generation had literally grown up watching it. Scooby-Doo was one of the best nostalgic shows of the channel Cartoon Network. So, without further ‘adoo’ we will take you through all the details and rumors about the movie we know so far. 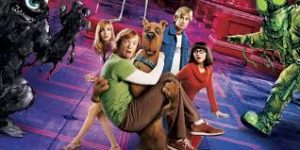 Tony Cervone has been confirmed as the director for the movie who had worked on various Hanna-Barbera cartoon movies including the prequel, ‘Scooby-Doo! Abracadabra-Doo’ (released in 2000).

The movie is still untitled and was supposed to hit the theatres on 21st September 2018 but got postponed because of the delay in the production. Now it has been aimed to be in the theatres in December 2019.

The movie is about the adventure of a freaking cowardly dog Scooby-Doo and his loyal friends. The cowardly dog and the team fellows are the detectives who disclose some supernatural events together.

The movie will be a fun watch having some peppy songs in it. Hopefully, they will bring back an all-time favourite original song of the movie ‘Scooby-Doo: where are you?’.

The cartoon is popular enough to have several incarnations, latest being animated series ‘Scooby-Doo: Mystery Incorporated’ released in 2010. People loved the cartoon series which is why the movie will definitely do good.

The script is underway by Matt Lieberman, one of the most creative writers. It is hard to predict what will happen in the movie as the plot has not been finalised yet. Reportedly it will again be a great adventure story of Scooby-Doo and friends revealing an intriguing supernatural mystery. As per the makers, the movie will be smart, witty, funny and creepy as well. That sounds cool!

There is no official announcement about the star-cast. Some sources disclosed the star-cast which is quite interesting and already getting the audience excited. Hailee Steinfeld will be playing the role of Velma Dinkley. Dylan Minnette, known for “13 reasons why” will be playing Fred Jones. Ariana Grande is playing Daphne Blake and Timothée Chalamet will be Shaggy Rogers. That looks like a perfect star-cast as per the characters to us.

So what are your casting suggestions for the movie? Who do you want to see as the main leads? Let us know in the comments below!