Selena Gomez has always been flaunting her new look and we see that she looks amazingly well in almost every attire. She was looking really gorgeous and she did successfully fetched the appreciation of her fans. Recently, there has been a buzz about her new look. 2 weeks after Selena Gomez had shared ‘De Una Vez,’ she has invited her fans to ‘Baila Conmigo’ in a visual post for her new Spanish-language song. Selena Gomez has recently announced her Spanish language EP wherein the 28 years old singer gave all the Selenators with another preview of all that they could expect with Baila Conmigo. The Tainy-produced track features Puerto Rico’s own Rauw Alejandro. Their voices narrate a love story together between 2 characters in a seaside town for the music video.

Selena and Rauw will take a backseat in the actual music video to focus on these 2 lovers. Selena did make a few cameos here and there since the pop star was appearing on the characters’ television screen. She has been dancing away in a satin slip dress for a couple of scenes. On 12th of march, Selena tweeted, “REVELACIÓN, my first ever Spanish EP, is out March 12, 2021. The pop track — produced by Tainy, Albert Hype, Jota Rosa, and Neon16 witnesses Selena opening up about her former relationship. She sings in Spanish “I’m stronger alone, ah-ah-ah (I’m stronger alone) / It’s just that I do not regret the past/ I know that the time by your side cut my wings / But now this chest is bulletproof.”

She added, “I left so that you don’t forget / That a death like you is revived / When the last sea dries up / Is when I will think of returning.” “De Una Vez” debuted at No. 92 on the Billboard Hot 100, in between the re-entry of both Black Eyed Peas x Shakira’s “Girl Like Me” and Dustin Lynch’s “Momma’s House.” She tweeted,  “Can’t wit for y’all to hear the Spanish record 😉 it’s sounding so cool,” back in the year 2011. Mr Beast Buys A $700,000 Private Island To ‘give Away’ To One Of His Subscribers

The American YouTuber is known most frequently for his expenses and philanthropic stunts, Jimmy Donaldson born 7th May…
byZaheer 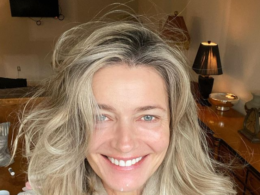