You wouldn’t usually associate nicotine products with athletes, however in the UK, top soccer players have been reportedly using snus. In a report by the BBC, a former player confirms that there are hundreds of players in the British Premier League who are turning to the little known Swedish tobacco as a means of kicking a smoking habit, or simply because they enjoy the taste.

Snus is a Swedish chewing tobacco that is not smoked and therefore, it is argued, does not mimic the harmful effects of smoking on the lungs. This is incredibly important for athletes who rely on their lungs being at peak performance. Snus can be purchased either loose in a tin or in small pouches. The latter is apparently preferred by footballers since they can continue to train with a pouch between the gum and lip, without breaking from nicotine replacement.

See also  NCAA supports the participation of transgender student athletes, even though a few states ban them.

Although snus cannot be purchased in shops in the UK, there is the option for these players to visit an online store specializing in Swedish snus and place an order for delivery. Those new to snus can browse flavors and strengths to find the perfect snus for you. For those used to smoking menthol cigarettes, there are a variety of snus powders with a menthol flavor, making the transition from smoking to snus a little easier.

Soccer players Jamie Vardy and Ashley Cole have spoken publicly about using snus when training. In his autobiography, Vardy explained that when he was signed to Fleetwood Town, he might often have a cigarette on a night out. Once he joined the Premier League and the training schedule became a more grueling affair, he realized that he would have to give up his habit. He replaced smoking with snus so that he was not missing out on the nicotine, but was no longer damaging his lungs in the way that smoking might.

In Sweden, it is not uncommon for athletes to consume snus, with many athletes in top leagues known to be avid snus fans. This is not surprising. Sweden has some of the lowest smoking figures in the world, with just 5% of adults admitting to being smokers. This makes it one of the first countries in the world to reach global targets for smoking cessation. It is estimated that 1 in 5 men in Sweden use snus, and this could be the reason for such promising figures.

The use of snus might seem like a new phenomenon, but in Sweden it is seen as part of the culture. And with many people choosing to quit smoking, snus seems to be a viable alternative which does not affect athletic performance.
Although Jamie Vardy has said that he does not use snus anymore, plenty of footballers in the Premier League still rely on the Swedish tobacco as a viable nicotine replacement, and for this reason it is likely that snus will continue to remain a prevalent part of British soccer, and may even catch on in other sports as a successful example of how athletes can quit smoking without having to give up tobacco.

Hardik Pandya seems to be extremely excited about being the “dad” of his first baby. He thanks Sister-In-Law…
byDanish 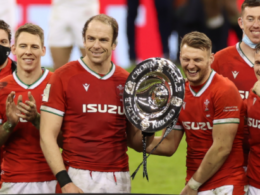 NewsDio Desk : An investigation has been underway after Wales players have received racially centric messages on social…
byDanish 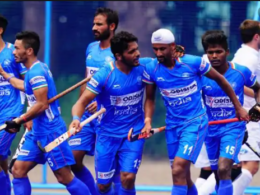 Indian hockey teams to be entitled for allowance under TOPS, till Olympics : SAI

NewsDio Desk : The news which can clearly bring smiles on the faces of core group players of…
byDanish 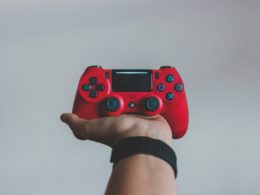