The news of the ‘Teen Mom’ OG stars, Tyler and Catelynn Baltierra getting divorced is the talk of the town for a long time.

The MTV couples are high school sweethearts and together since they were 12 years old. The news came as a shocker as Tyler and Catelynn seem the most consistent couple of Hollywood for a long time. What more shocking is the reasons rumoured behind the couple splitting apart.

The news of their divorce coming up is creating many rumours in the industry according to which Catelynn is the one who is responsible for the end of this relationship by not being a responsible parent. Some people are even claiming that Tyler is cheating on Catelynn with a man as he is gay! Is he? We will tell you the truth. Read further and find out. 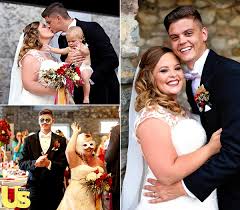 The couple has serious family issues. Tyler’s father is a big time drug addict and on the other hand, Catelynn’s mother is an alcoholic as well who got married which technically made them step-siblings!

The two fighting with odds are together since childhood. Although they have broken up many times, they eventually get back together. After dating for years, they finally got married in 2015 and blessed with a baby daughter named Nova in the same year. After becoming parents the real issues came up between the couple.

Catelynn was suffering from depression to the level that she had to go to Arizona for several weeks to get the treatment done. After coming back from the treatment she felt somewhat better and the couple even decided to have the second baby together. She got pregnant again but unfortunately had a miscarriage. She again went into depression and was even thinking of committing suicide.

As per Tyler’s supporters, she was gone for several weeks shirking off her responsibility on her Tyler towards her little daughter. Tyler even said to her sister that they are not fit for each other.

Some sources even say that Tyler is gay and dating a well known ‘male’ model which seems a fake rumour as the rumour is backed by no proof.

The truth is that the young couple is going through a rough patch. They are having some issues just like any other relationship. Catelynn is even apologetic for making Tyler take care of their baby alone in her absence. She said in an interview that every couple goes through ups and downs. They are together since childhood and people change in certain ways when they grow up. But they are positive about their relationship and also expecting a baby soon.

Now that she is pregnant again, it does not seem like they are getting divorced. As per the recent sources, the rumours of them splitting apart might not be true as they are just having a rough patch and they are mature enough to handle it.

Maybe they have some issues right now but seems like they are determinant to save their marriage. We have a feeling that their upcoming baby will reunite them to a happy family once again. Let us know your views on the couple down below.

Allied Wallet has become a globally acknowledged name in the field of digital payments industry. It is well…
byZaheer 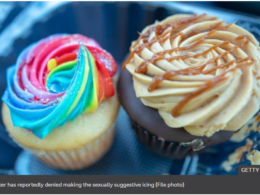 A woman in Egypt was detained briefly after she was accused about baking indecent cakes. The local media…
byZaheer 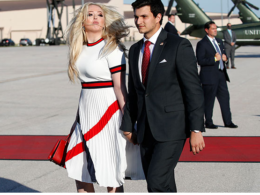 Dr. Ahmad Khawaja, the CEO of Allied Wallet who happens to be regarded as a globally leading provider…
byZaheer