What Are the Game of Thrones Actors Up To Now?

Fans of the hugely successful Games of Thrones franchise have been wondering what the future holds since the eighth season ended in 2019. The HBO president of programming Casey Bloy has stated that there is “no revival, reboot, spin-off talk”. This leads us to the question of what the stars of the show are up to now.

Lena Headey Has a Number of Big Acting Roles

The actress who played Cersei Lannister has been involved in the world of movies and television since appearing in Waterland in 1992. These days, Headey is best known for her stirring performance as the ruthless Queen of Westeros.

Since the series came to a halt with a dramatic final episode, the English actress has appeared in Fighting with My Family, the 2019 sports comedy with Florence Paugh and Nick Frost. The next time we see her on the big screen it should be in Gunpowder Milkshake. It is an action thriller where she and her on-screen daughter, played by Karen Gillen, are a team of assassins.

Her voice will be heard on the Masters of the Universe series, and she is also expected to be the lead actress at a teacher in Rita, to be filmed for Showtime. The variety of roles she has taken on shows her acting talent and also the impact that Game of Thrones has had.

The Mountain Streams on Twitch and Sells Drinks

The role of Gregor Clegane – The Mountain, was memorably filled by Icelandic strongman Hafþór Júlíus Björnsson. His acting career came after a spell playing basketball and then winning various strongman competitions across the planet. His biggest triumph came in 2018, when he claimed the title of the World’s Strongest Man in Manila, at the seventh attempt.

Since his success on Game of Thrones, Björnsson has become a brand ambassador for the SodaStream carbonated drinks brand, featuring in a humorous TV advert for them in 2019, and co-founded the Icelandic Mountain Vodka company. He can also be found on Twitch, under the username Hafthorjulius.

His Twitch account has over 135,000 followers at the time of writing. As well as streaming his gaming sessions, he also shows some of his workouts and answers questions from fans. He has pointed out in the past that he is ready to return to Game of Thrones if asked.

Jacob Anderson Has a Record Deal

UK-born Jacob Anderson played the eunuch warrior Grey Worm, with his acting career also seeing him appear in the likes of Episodes and Broadchurch. However, it seems that he is set to make his next career move as a musician, under the alias of Raleigh Ritchie.

In 2016, his soul and trip hop-based You’re a Man Now, Boy debut album got generally positive reviews. This came hot on the heels of his supporting slot on George Ezra’s 2015 tour. A year later, he made an appearance on Stormzy’s Gang, Signs & Prayer album, which became the first grime album to hit number one following over 64,000 sales in the first week.

The actor has now signed up to Alacran Records, but no details of his new music have been released yet. As well as music and, well, soda-making, the huge success of this fantasy series has been reflected in other areas of the entertainment industry too. This includes the 2014 video game from Telltale Games, a board game from Fantasy Flight, and even an online slot. The latter represents a growing trend in the pop culture industry – that of accessible, and often mobile, entertainment. Online casinos like Betway provide the opportunity for fans to experience their favourite franchises in the form of accessible slots, enhanced with familiar motifs and video graphics, helping Game of Thrones reign forever, technically.

Peter Dinklage Has Been Busy Working on Movies

Dinklage received numerous awards for his portrayal of Tyrion Lannister, including a Golden Globe in 2011 and Screen Actors Guild Award in 2020, and was named by author George R. R. Martin as his favorite character in the series. Martin is now working on the Winter is Coming book but it isn’t clear if this character is in it.

He first appeared on our screens in 1995’s Living in Oblivion, and has been in many shows and movies since then. Since he last saw him in Westeros, the actor has taken on a variety of roles. These include a voice credit on The Angry Birds Movie 2 that was released in 2019 and can now be rented on Amazon Prime.

The actor has also confirmed that he will be in the thriller titled I Care A Lot, which began filming in 2019 and also stars Rosamund Pike. Other projects that Dinklage is involved with are The Croods 2 and The Thicket, where he is a bounty hunter in a movie that is based on the crime story by Joe R. Lansdale.

Kit Harington Went on Stage to Show His Comedy Skills

Many fans thought that Harington’s character, Jon Snow, should have ended the series sitting on the famous Iron Throne. Yet, the English actor admitted that he doesn’t agree, as he feels that Snow “belongs north of the wall”, while stating that he hasn’t watched the series finale yet.

Since filming was wrapped up, he has been busy on several projects. One of them saw him take to the stage in London’s Vaudeville Theatre, to take part in True West by Sam Shepard. It opened in December 2018, giving Harington the chance to show off his comedy skills.

Another chance to see the actor will come with the release of the Eternals movie from Walt Disney. This latest installment of the Marvel Cinematic Universe began filming back in 2019 and it should be released early in 2021. In this film, he plays the warrior Dane Whitman, who has a mystical sword.

If you watch a lot of movies and films his year, you are almost certain to see some of your favorite Game of Thrones actors in them. After a last-gasp win over the Sea Eagles, the Wests Tigers can keep their faint finals hopes flickering…
byVicki Ward
1 share
0
0
1 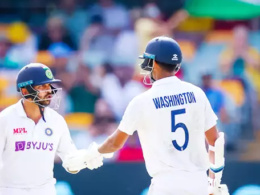 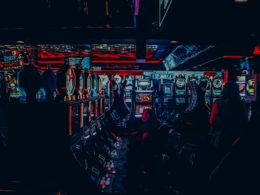 What Are The Best Advantages Of Online Casino?