Why women feel pressured to shave

byDanish
3 minute read
Total
0
Shares
0
0
0
NewsDio.com Staff : Type “When did women start…” into Google and one of the top autocomplete suggestions to pop up is, “When did women start shaving?”
The answer goes back centuries. Hair removal — or otherwise — has long shaped gender dynamics, served as a signifier of class and defined notions of femininity and the “ideal body.”
However, in its most recent evolution, body hair is being embraced by a growing number of young women who are turning a source of societal shame and turning it into a sign of personal strength.
The rise of gender fluidity, the body-positivity movement and the beauty sector’s growing inclusiveness have all contributed to the new wave of hirsuteness.
“It’s been deeply stigmatized — it still is — and cast with shame,” said Heather Widdows, professor of global ethics at the UK’s University of Birmingham and author of “Perfect Me: Beauty as an Ethical Ideal,” in a phone interview. “Its removal is one of the few aesthetic traditions that have gone from being a beauty routine to a hygienic one.
“Today, most women feel like they have to shave. Like they have no other option. There’s something deeply fraught about that — though perceptions are slowly changing.”

From ancient Egypt to Darwin

A young woman undergoing hair-removal at the Beatiderm Institute of Electrolysis in New York on November 4, 1938. Credit: Keystone-France/Gamma-Keystone/Getty Images
Hairlessness wasn’t established as a mandate for women until the early 20th century.
Before that, removing body hair was something both men and women did — as far back as the Stone Age, then through ancient Egypt, Greece and the Roman Empire — using seashells, beeswax and various other depilatories. In these earlier eras, as Victoria Sherrow writes in “Encyclopedia of Hair: A Cultural History,” hairlessness was seen mostly as a way to keep the body clean. Ancient Romans also associated it with class: The smoother your skin was, the purer and more superior you were.
In the Middle East, as well as East and South Asia, threading was used on the entire face. But unibrows were actually considered alluring for both sexes, and were often accentuated with kohl.
Threading — which removes facial hair — has long been a traditional beauty procedure, as seen in this picture at a Taipei night market. A thin thread is doubled, then twisted and rolled over areas of unwanted hair, plucking the hair at the follicle level. Credit: Yeung Kwan//LightRocket/Getty Images
In Persia, hair removal and brow-shaping was a marker of adulthood and marriage for women, and was mainly reserved for that occasion. While in China, body hair was long considered normal, and even today woman face far less social pressure to shave.
The same goes for other countries in Asia: While hair removal has become routine for many of the continent’s young women, waxing or trimming pubic hair, for instance, isn’t as common as it is in the West.
In fact, in Korea, pubic hair was long considered a sign of fertility and sexual health — so much so that, in the mid-2010s, it was reported that some Korean women were undergoing pubic hair transplants, to add extra hair to their own.
Europeans weren’t always obsessed with hair-free skin.
Read full article here.
See also  7 Most Romantic Gift Ideas for Your Special Boyfriend
Total
0
Shares
Share 0
Tweet 0
Pin it 0 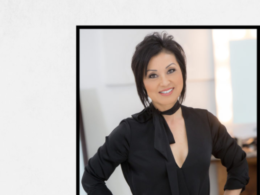 Canadian Fashion Champion, Susan Langdon, awarded the Order of Canada, which is regarded as one of the highest…
byDanish
1 share
0
0
1 How to Choose a Gift for Your Employees

If you’re looking to show appreciation to your workforce after a particularly trying year, then the right gift…
byDanish

2020 has been a bit of a roller coaster ride for everyone. The last thing on your mind…
byDanish How to Buy the Perfect Wedding Dress Online

The wedding day is the most solemn in one’s life. It is a day when the sun seems…
byShubham kumar