Women let down by period trackers

The journalist Orla Barry had received a notification from her iPhone recently wherein she was informed that her period would be due and it may start from any day in the next upcoming 3 weeks. She shared it on the social media with a wry amusement. This is not the very first time wherein she received such an unspecific notification from the app. This notification prompted has everyone sharing their own stories. One said, “I got one which said my period was 56 days late.” Another pop up said, “My notification said ‘the next nine days’.”

The funniest part of the story was when a man said that his smartwatch kept on giving him a notification regarding the period. The person said that his smartwatch had a menstruation tracker that was activated by default when he got it. He told that the tracker kept on notifying him that his period was ‘due.’ Although he never had one, the tracker kept on notifying him that he is about to have periods. Strange, isn’t it? These applications have to encounter a really big challenge. It is important to understand that according to the biological science, periods are never known for their punctuality. However, it seems as if these apps are up to making them on the time.

Keeping things simple, the women do just input the dates when their periods start and end, and on the other end, the app calculates when their next due date is supposed to arrive, so that the women remain notified, and stay mentally prepared. The app also uses this data to estimate when the women might have to ovulate, which means that it will give you an estimation when these women are most likely to conceive.

The app is not able to determine that the women’s menstruation cycle can change from one month to another, and it depends on the sleep pattern, sexual activity, age, stress and most importantly, the fluctuations of the levels of hormones in an individual. The app is not able to determine all these essential parameters which impose a great impact on your period cycle. This is after all, an automated application that does the whole calculation based on the date provided by you. It tries to make everything according to the calculation of the data fetched by the app, without understanding that menstruation counts on several other parameters and it is not that certain which the app is up to!

Period trackers are extremely popular, and there is a plethora of reasons behind it. For women who are trying to conceive a baby, or may be you are trying to avoid having one, you can expect the result that you fetch by this app as it can make an estimation for the same. It can also track the symptoms of PMT or Premenstrual Tension, or PCOS, or Polycystic Ovary Syndrome. It also helps you to plan events for yourself such as weddings, or holidays when you would certainly do not want to have your periods at that time. 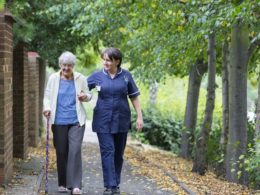 Around 21.3%, or one in five Americans, are caregivers looking after an adult or child with special needs. In addition,…
byZaheer 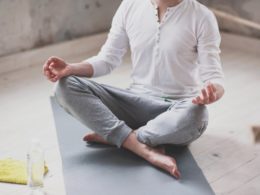 The Benefits of Testosterone Replacement Supplements

Men experience serious changes in their bodies and decreased hormone production as they age. The hormone levels define…
byZaheer 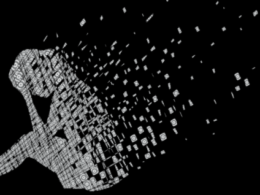 We all experience physical pain from time to time, and with proper treatment and care, the pain usually…
byZaheer