It is true that visuals have far more value mainly due to the attraction it offers.  Apple has slightly updated the syringe emoji where the blood has been removed thus creating a changed theme. Since, it now serves as a vaccination emoji considering the rising cases due to Covid 19, the theme is certainly an effort to sensitize the masses about taking due precautions.

Although, it takes years for a new emoji to get approval, yet making changes to an existing emoji is the work which is done quickly. Apple has tweaked the ‘syringe’ icon to what it may have believed as the necessity of hour, given the shocking deaths which are happening across the world due to the virus.

Let’s not forget that the company ‘Apple‘ is a renowned one with followers from across the length and breadth of the world. And this changed design signifying a ‘vaccine’ emoji seems to be the necessity of the hour. Apple removed the blood and the syringe is going to remove so many misconceptions as well which people may have been associating with.
Yes, the best thing which the vaccine will act upon is the fact that it is not dangerous.

READ  Consider the steps for Tezbox Fundraiser Restore: Know how to do it today!

It is true that vaccines are the ‘obvious’ answers in the wake of rising Covid 19 related cases where months of constant research has finally made the researches successful towards creating one. It is true that it was long awaited, and considering the need to sensitize the masses, it was naturally expected from a reliable and renowned entity to do its best for the sake of humanity. Apple has done exactly the same which is going to remove associated wrong perceptions which people do have up till now.

There have been voices from people who believed that Apple has limited itself when it created the emoji of a syringe showing blood. Since, according to few, it is only showing the “importance of blood donation’ with no flexibility. However, as the emoji has been tweaked, so it has created lots of versatility.

It is also perceived, that the syringe should have served the purpose with a less specific design and that blood was certainly not needed and now since it has been tweaked, it has served its purpose, so everything is fine.

There have been other voices as well which are in favor of keeping both the designs since people have the opinion that the original design creates lots of sensitization as well. And it is already serving people with the main theme and aim of donating blood. Since, people will be truly transpired and motivated for donating blood. While the other design is universally important as well, given the current scenario where the importance of vaccines is obviously needed.

The origin of earlier design

It was in 1999, that the original design came into existence. The main reason of its existence is regarding the sensitization about the blood donation in Japan. People do have different opinion and one thing is for sure that both the emojis have their own set of importance and neither of them can be sidelined in any manner as well.

The Employee Provident Fund is the scheme for the benefit of employees and is initiated by the government.…
byZaheer

Clean with a Dyson V6 cordless vacuum for just $ 120 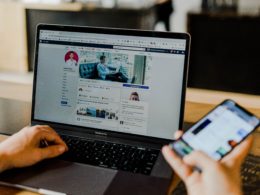 How to find someone on their social media

Social media is a gift that keeps on giving, and don’t we love to see it! From Facebook,…
byZaheer