Journalists Need to be Extra Cautious with Their Phones

Journalists do essential work by exposing crime and corruption in their midst, which can often make them powerful enemies. You don’t need to look far to find cases of politicians, law enforcement, or corporate entities spying on journalists.

Donald Trump’s administration did it, and Biden’s administration does not seem very bothered. Whether it’s in North America or anywhere else in the world, journalists are wise to keep their communications secret, as well as all other sensitive information on the phone.

Now, a PGP encrypted phone with a suite of other crucial security features makes that easier than ever.

One of the buzzwords of the day is “end-to-end encryption,” which makes it sound like the maximum protection possible. However, there are different grades of encryption, and some are much more sophisticated than others.

Devices with military-grade encryption are much more secure than what’s offered on free apps. The best encryption providers have their own custom protocols, which encompass PGP and Elliptical Curve Cryptography.

The Key Exchange should use the Double Ratchet Algorithm, combining the cryptographic ratchet based on the Diffie-Hellman key exchange and a ratchet based on the key derivative function. It’s essential to use a phone provider that focuses on security, not one that pitches security to consumers while making business deals with advertisers.

Journalists need to keep their contacts and communications under wraps until it’s time to publish, and this level of encryption keeps their sources safe and their information close to their chest.

If a corporate or political actor wants to peer into a journalist’s phone, breaking their phone’s encryption isn’t the only way in. Therefore, phones need to keep information safe if the physical device itself falls into the wrong hands.

See also  10 Benefits the Clients of WritePaper Can Boast Of

The most secure phones today offer a range of features that give this level of protection. For example, a Tamper Proof feature lets users create a duress password so the phone will automatically delete sensitive data in an instant if it detects that someone has entered the wrong password too many times.

Self-Destructing messages get destroyed on both devices after a timeline set by the journalist, even if there’s no data connection. Such a feature protects text messages but also photos, pictures, and notes, which are all things that can be just as confidential for reporters.

Even photos and the camera itself are encrypted on the best devices. If a picture is worth a thousand words, then photographers need to be as safe with their work as writers are.

See also  What Makes a Salesperson Effective in their Job?

Journalism has always been an international line of work, so it’s important to have a phone security platform that won’t exclude people who speak different languages.

Look for an encryption platform that works in multiple languages, such as:

Journalists need to tell the full story wherever it takes them and can’t afford to be limited by their technology.

Whether you’re a conflict reporter or you’re reporting on Big Business, good journalists often make powerful enemies. Be proactive when it comes to the confidentiality of your stories and sources and get military-grade encryption with many secondary security features. 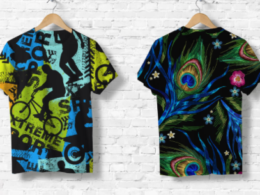 Are you looking for the best ways of preserving your printed shirts? Go for the guide below

Custom printed T-shirts have witnessed a surge in demand in the contemporary world. People love to design their…
byDanish 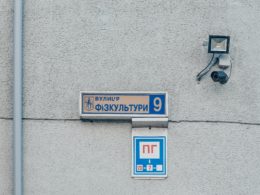 Why is it necessary to pick the required house numbers and letters? You’ve already heard it before: you just get one chance to make a good first impression. When it comes to your house, the first experience starts even before you open the door. 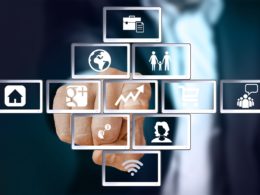 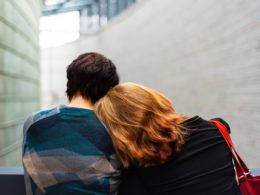 Addiction to alcohol or drugs is never a good situation! And recovering from it is challenging, especially for…
byJacqueline