Kim Kardashian had recently revealed the gorgeous painting that a 7 year old daughter, North West had painted and it was pretty evident that so many people were in awe of her amazing skills. Kim had captioned the photo, “My little artist North.” She posted it on her Instagram story on Monday, i.e., on 8th of February sharing that the image was a painting that would make Bob Ross smile. The painting that was done by other kit was basically a revelation of a purple snow capped mountains range that was overlooked through a crystal, pristine lake.

A pair of trees were looming overhead in the foreground with wild grass and flowers that were surrounding all around. This 7 years old North had even captured the reflection of the forest in the waters of the lake. Besides, the shot was even shared to a fan account which left the onlookers shocked at the thought that the eldest child of Kanye West had done it.

North had shared her handwriting skills as well in a very hilarious way which further talks about her artistic talents. North wrote it on a roll of tiolet paper, “Mom, I love you.” Kim was absolutely awe struck to see this message written by her daughter while she was busy in the bathroom and thus, she shared an image of the same as her Instagram note on 31st January. She further added, “I love you too, North, forever!!!” Even a few days before Kim posting the artwork made by North, Kourtney Kardashian had showed how North abd Phenelope Disick are two best friends.

Kourtney had captioned an Insta story that was taken at a tropical location and it was revealing a shot of Penelope and North walking side by side as they were heading to the beach. The other images of the gallery revealed how Penelope and North were busy getting the paddle boards ready for their trip in the tropical waters. Kourtney is often seen to be sharing images from her life and interacting on the social media. The couple has also been out for vacation but Kanye West and Kourtney recently had some issues in their relationship and it is now evident that the two were about to lodge a divorce. 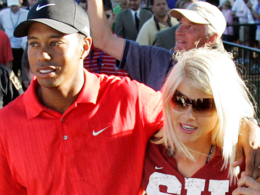 HBO’s Tiger in the final part reveals, “the golfer’s former mistress remembers that his wife Elin Nordegren has…
byZaheer 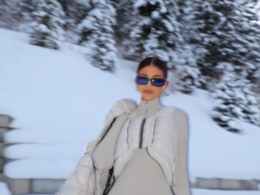 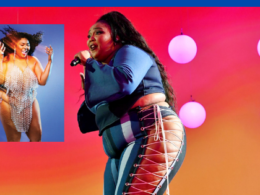 Lizzo’s new video is up wherein she looked superb hot in her sexy costume. The fans had urged…
byZaheer 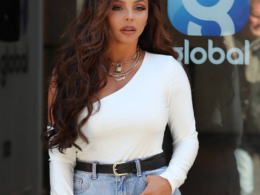 The Former “Little Mix” star Jessy Nelson Finally speaks about the reasons of leaving the group.

NewsDio Desk : “I can’t believe how miserable I was. Now I am free”. With these words Jessy…
byZaheer