Luckiest Girl Alive Movie: All You Need To Know

What is the release date of the Luckiest Girl Alive Movie?

Luckiest Girl Alive is an upcoming American mystery movie. Mike Barker directed the movie from Jessica Knoll’s screenplay and based on her book.

The movie ‘Luckiest Girl Alive’ is expected to come out sometime in 2022. The most likely date for it to be released would be Spring 2022.

See also  Beanie Feldstein In The Impeachment of American Crime Story: All The Info You Need

Who will be starring in Luckiest Girl Alive Movie?

What is the plot of Luckiest Girl Alive Movie?

This is an adaptation of a book called Luckiest Girl Alive. It was written by Jessica Knoll and published in 2015. The thriller has sold over a million copies in 38 different languages.

Here is an interview with Knoll where she reveals that one of the scenes in her book is based on her own experience:

Ani FaNelli seems to have it all: a glamorous job at a glossy magazine, an enviable figure with the wardrobe to match, and a handsome fiancé from a distinguished blue-blood family. But Ani FaNelli is an invention that veneer of perfection carefully assembled in an attempt to distance herself from a shocking, sordid past.

As her wedding draws near, a documentary producer invites Ani to speak about the chilling incident that took place when she was a teenager at the prestigious Bradley School. Determined once and for all to silence the whispers of suspicion and blame, Ani must weigh her options carefully, when telling the whole truth could destroy the picture-perfect life she’s worked so hard to create.

What about the production of Luckiest Girl Alive Movie?

In August 2015, Lionsgate bought the rights to make a movie of Luckiest Girl Alive. Reese Witherspoon will be the person who makes it happen because she is working in her company called Pacific Standard. In February 2021, it was announced that Mila Kunis would be starring in the movie. She will be playing the main character and director Mike Barker is making the movie.

The script is by Knoll, and Netflix has agreed to distribute the film. Witherspoon’s production company is no longer involved with this project. In July 2021, Finn Wittrock, Scoot McNairy, Chiara Aurelia, Thomas Barbusca, Justine Lupe, and other people joined the cast of the movie. 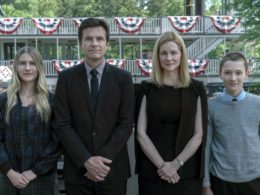 If you are looking for Ozark Season 4 release date, cast, and trailer information then this is the…
byNatalie Grace

Dancing With The Stars Season 30: Everything You Need To Know

Dancing With The Stars Season 30 is almost here. Dancing With the Stars has been a favorite TV…
byNatalie Grace A tweet made by Taylor swift had been in highlights everywhere. The tweet is made to slam the…
byDanish 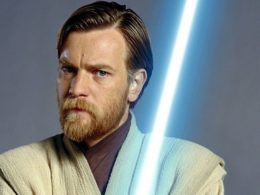 The Obi-Wan Kenobi series will be a continuation of the Star Wars prequel trilogy. These movies are being…
byNatalie Grace