Vertical farming is also referred to as indoor farming. By 2050, we expect that over 65% of the population will live in cities. There need to be new agricultural approaches to ensure that there’s enough food near the cities.

Vertical farming is the solution. Vertical farming entails farming in warehouses. This kind of farming doesn’t require sunlight. However, for plants to grow, sunlight is essential. To cater for light and warmth to the growing crops, vertical farmers use LED lights.

LED lights provide light, warmth, and conducive conditions for vertical farmers to grow healthy crops. Vertically farmed crops grow faster than those farmed in the fields or a greenhouse. Making it the best solution for feeding overpopulated cities.

Here is why vertical farmers have increasingly opted for LED lights for their farms.

There have been many experiments with vertical farming lighting. One drawback that was found was the cost of getting artificial light indoors. It was also mostly ineffective on the crops.

See also  The Effects of Inflation on Your Retirement Planning

Over time, LED light technology has grown in use. This has led to the cost of LED lights drastically reducing.

To manage the costs of vertical farming, many farmers and companies involved in this venture turned to cheaper LED lights. This helped to lower costs as research for this method of farming continued.

Further, LED lights were found to be a proper replacement for sunlight in the crop growing process.

LED lights used in vertical farming are a pink hue. This is to mimic the light wavelength from the sun that crops need to grow.

The sun’s light wavelengths are as the colors of the rainbow.

We can term the pink hue produced by LED lights in vertical farming a visible light spectrum. This is how crops perceive the sun’s light wavelength they need to grow. The pink light is thus a perception of the human eye to the light wavelength.

The light wavelength producing the pink hue enables photosynthesis and proper leaf formation to take place in the growing crops.

LED lights are long-lasting. They can last for six years without ever needing a change. Thus they are a reliable light source for vertical farming. Durability goes a long way in helping reduce the costs of farming.

Another factor that enhances their durability is that they don’t consume too much power. Thus helping to reduce energy costs and help to enhance the productivity of the vertical farms. Compared to other artificial sources of light for vertical farming, LED lights are highly efficient.

Vertical farming came about so that there can be an effective use of space to grow crops. As a result, vertical farms need to use their space optimally. The flexibility and easy handling of LED lights make this possible.

Vertical farming involves farming crops in layers. Vertical farmers can place LED lights in each of these layers, providing sufficient heat and light for growing crops. Someone can easily snake them around the vertical pillars and layers of growing crops.

Vertical farming lighting is the most essential component of growing crops indoors. Without the right light, crops will not grow in time or as healthy as they do. LED lights have proven to be a reliable partner and source of light for vertical farms and the crops they grow. 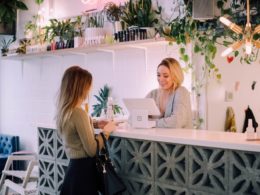 5 Tips to Find Better Deals on Products You Already Use

It’s no surprise that everyone likes saving money, but not everyone knows where to look to find the…
byDanish
1 share
0
0
1

Termite Control: How To Choose Between Liquid And Bait

Termites can be deadly, for your home. They love wood and eat it to create their own nests.…
byDanish 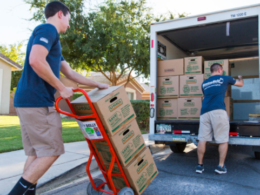 4 Valuable Advices When Hiring and Training a Moving Crew