Wolf Like Me: Peacock has just released a new trailer 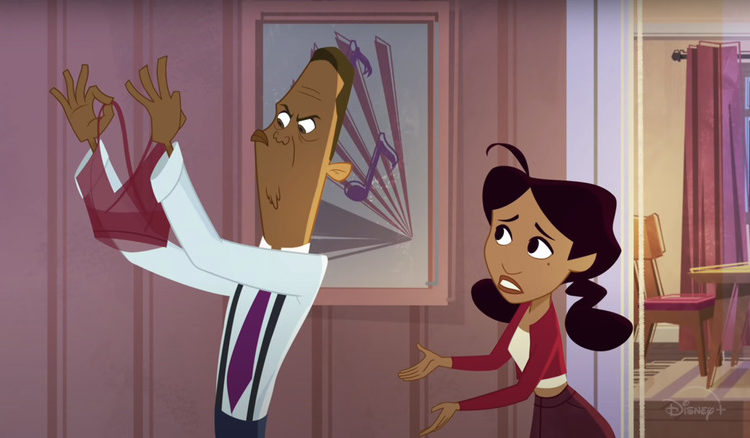 Wolf Like Me is a suspenseful, romantic drama about the parallels lives of two different humans. The series is written and directed by Abe Forsythe. This movie is perfect for anyone looking for an emotional rollercoaster of a ride that leaves you feeling hopeful at the end! If you wish to find out more about this newly released read on to find out. The series has six episodes in total and all came out on 13 January 2022. Peacock has just released a new trailer and images for this new series. The new trailer shows what chaotic path is waiting for both Gary and Mary. And what will happen when Gary will find out about Mary’s hidden secret.

The story follows two people who are struggling to find their identities in life. One is Gary who is an emotional wreck. After his wife’s death, he single-handedly struggles to look after his daughter. Another is Mary who has a secret buried within herself. However, she can’t bring herself to share with anyone. But faith always has surprises for everyone. And Gary and Mary are one such. They both eventually befriend. Now, they only have to follow the signs of destiny.

When is the series releasing?

Wolf Like Me was released recently on 13 January 2022 on the streaming networks, NBCUniversal and Peacock. Make sure you watch out for the series.

Who are in the cast?

The series stars Isla Fisher as Mary and Josh Gad as Gary. Ariel Donoghue, Emma Lung, and Anthony Taufa are others to be sharing the screen.

What is the talk about the Wolf Like Me?

The director of the series Abe Forsythe said,  “Wolf Like Me is a very meaningful project for me, the stakes are extremely high but grounded by things we can all relate to. I’m so excited to have Isla and Josh on board and I know the audience will be surprised seeing them in a different way as these characters. I was never going to tell this story with anyone other than Made Up Stories and I feel very fortunate for us all to be teaming up with Endeavor Content and to have found a home with Peacock and Stan.”

Isla Fisher as Mary said, “I am thrilled to be working with Endeavor Content and Peacock Alley Entertainment on Wolf Like Me. I would also like to thank my fellow cast members, director Abe Forsythe and the team at Made Up Stories for making this project come alive.” Josh Gad as Gary said, “To have a role in an international series such as Wolf Like Me alongside Isla Fisher is amazing. The story of Mary & Gary captures what it feels like being forever young – one day you’re playing hide-and-seek and then…you’re not! So grateful for the opportunity!”

Matterson, Papandrea, and Hutensky(Executive Producers) in an interview said: “After our partnership with Abe on Little Monsters, we were excited to find another project to collaborate on. Abe is just one of those rare talents, with an incredibly distinctive voice. As soon as he explained the concept for Wolf Like Me, we knew we had to be part of it. And we couldn’t be happier to have Isla Fisher and Josh Gad on board, they are perfect for the roles of Mary and Gary.”

Wolf Like Me is one of those rare gems that you come across every once in a while. It’s an intense and captivating drama with fantastic acting from all involved – from the leads to the supporting cast. The chemistry between Mary and Gary will keep you guessing what’s next! If that doesn’t convince you, then how about this: Wolf Like Me is executive produced by Matterson, Papandrea, and Hutensky. With that kind of backing, you can be sure that this film is going to be something special. And if that still doesn’t convince you, the film’s cast will. The series will keep you glued to your screen, wondering what happens next, and it’ll leave you wanting more when it’s over. So make sure to add Wolf Like Me to your watchlist today! It is going to be that movie that you will watch more than once.