How much do companies really know about you? It’s a question we’ve all pondered at some point, more than likely after an advert has popped up for a product you’ve only spoken about and you start to question if your phone is spying on your conversations.

The truth is, it probably doesn’t need to. Although that’s not to say it definitely doesn’t but more that with the wealth of personal information you’ve already given different apps and websites access to, there’s nothing new it would really learn from listening in.

And it’s something we’re all guilty of doing. We visit a new website or download an app and automatically click ‘accept’ on whatever pop-ups, without reading the near endless waves of information. And we even know deep down we probably shouldn’t just be giving these companies unchallenged access to our private information.

Fortunately, iPhone users who ever felt concerned about apps tracking their private data have been given a second chance to restrict access with the latest IOS update which now allows users to ask an app not to track their data.

Although this also comes as a pop-up so maybe users are still just clicking allow.

And that’s the thing about our phones, we have access to thousands of apps we can download from dating sites and social media to games and gambling. But the flip side to that is there are thousands of companies we could be potentially giving away our private data too for it to be sold on – or compromised in a data leak.

So, who are some of the worst offenders?

Well data experts Rightly.co.uk, as part of their Your Data Uncovered campaign, have put together a list of popular apps we all likely have on our phones and looked at just how much of our data they’re hoarding

It will probably come as no surprise that Facebook, and pretty much all social media apps, have access to a lot of your private information. They are after all designed for people to share their lives on. Facebook itself tracks everything from your contact information like email address and phone numbers to your current live location, sexual orientation and even if you own a pet.

Other social media apps are pretty similar in what they track, especially as Instagram is owned by Facebook although it doesn’t track things like religious beliefs whereas Facebook does. Snapchat actually tracks considerably less than either of them however, taking very basic information like name, age, gender, type of device etc. Although religious beliefs are also tracked by Snapchat.

Again, a lot of the data that food apps such as Deliveroo track and have access to will likely seem obvious, with home address being the common denominator across them all (how else would they deliver the food). However, Deliveroo also tracks users’ ages, which competitors such as Uber Eats and Just Eat don’t.

Most food apps will also track your food preferences, the size of your orders and the dates and times you’re most likely to order takeout – all of these valuable pieces of data are stored to help inform targeted advertisements as well as being potentially shared and sold on.

A recent addition to our phones, the NHS Test and Trace has been a controversial tool since its launch. Partly due to the fact that The Department of Health did not complete a data protection impact assessment (DPIA) before launch. Meaning in theory, all personal data, such as name, age, gender, ethnicity, employment details and more, may not have been as secure as first indicated.

Perhaps it might be best to request the NHS delete any stored data once the pandemic is over and you can safely remove the app. Although given the recent NHS Digital plans to share patients’ medical records, they probably will still have access to all this information.

As well as tracking everything you watch to help it determine your interest and hobbies (and to create targeted marketing campaigns) streaming sites like Netflix actually track a few seemingly unrelated pieces of data.

For instance, Netflix has access to your live location when using the app. Because apparently it makes a difference if you’re binging Bridgerton at your home (which they already have the address for) or a different location.

See also  How to Buy safe galaxy crypto? Is Safe Galaxy going to be The Next Big Crypto currency?

Amazon surprisingly tracks very little, aside from your basic personal information, home address and site usage. But that’s because it has access to your order history in order to learn your likes, shopping habits and even things like if you have a pet. So, it doesn’t really need the app to track that data. I mean a lot of people have an Alexa in their home and an Amazon brand camera attached to their door.

Surprisingly though, popular clothing retail app Asos is known to harvest data from other sources, such as social profiles to gain a better understanding of your hobbies, interests and marketing preferences.

Another Facebook owned company, meaning any data Facebook collects WhatsApp has to. In fact, a lot of the Facebook companies collect slightly different data, so that they can create a fuller picture of you and your data on the whole.

For example, WhatsApp is known to not only collect your contact details but also all the ones you have in your phone contacts, it even collects which numbers you’ve blocked and who you are in groups with on the app. Allowing it to help create a digital mirror of your social circle.

Looking for love in the digital age has always come with certain trade-offs. However, one of the biggest that a lot of us don’t consider is the wealth of personal information we give these apps access to in order to ‘get to know us’ and ‘find suitable matches’.

From gender, sexual orientation, political affiliation, and religion, to live location, information on connected social media accounts and medical information, platforms such as Bumble and Grindr share this information with third-party companies for the purpose of studying site usage and to help target ads. Some dating apps, such as Grindr, even have access to your banking details (if you’ve paid for the pro version),

Another streaming platform that feels the need to track your live location, Spotify is also known for connecting to your social media platforms in order to help it better understand your hobbies and interests. It even tracks data on your social media friends’ lists’, maybe so it can suggest the perfect album for when another of your high school friends announces their engagement or baby.

Gambling sites, such as Bet 365, Ladbrokes and Betfair, collect a lot of personal data during the onboarding process and as you start to use their services. Everything from your name, age and address to IP information, bank account details and even if you have a criminal record!

Additionally, as a few large companies own the majority of betting businesses and websites here in the UK, this data is shared easily. This means even the most casual gambler can end up being bombarded with targeted advertising from a range of different brands.

When we think of traditional medical and healthcare institutions, such as hospitals, GP surgeries and support groups, confidentiality and privacy is paramount. However, when using healthcare sites and apps such as Flo, personal and sometimes very sensitive or intimate data, such as information relating to mental health backgrounds, fertility and pregnancy plans, and even private sexual activity data, can all be collected, stored and sold.

Flo even tracks your live location – because it’s only fair that while you track your cycle they can track your movements.

Technically not an app, but it is estimated that over 80% of internet traffic to adult sites comes from mobile devices so it only felt right to include on this list. Adult sites are built on the promise of ‘discretion’ however that promise doesn’t extend to your data once you’ve signed up.

While you might expect them to hold essential information such as name, email address and bank details, did you know that many adult content websites also store data relating to your sexual orientation, IP address and the type of device you prefer to use while using their services? Some even track your interests and religious beliefs in order to better suggest content.

Rightly is a UK based company that provides a number of free services to help people make sure they are in control of their personal data, and keep it that way.  For more information visit https://www.rightly.co.uk/. 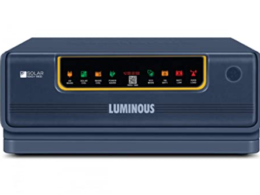 4 Reasons to Always Buy an Inverter With Battery Than Without

If you’re thinking about buying a new inverter for your home or changing the current one, this decision…
byDanish 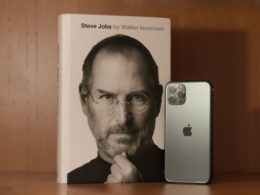 The handwritten application of Steve Job’s fetches 162,000 GBP at an Auction

NewsDio Desk : Steve Jobs, the man who doesn’t need any introduction was able to fetch an unexpectedly…
byDanish 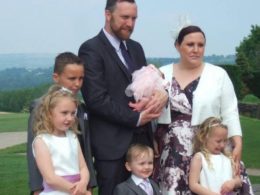 Recently, we got a very sad news to share with you all! It is with utter grief that…
byDanish