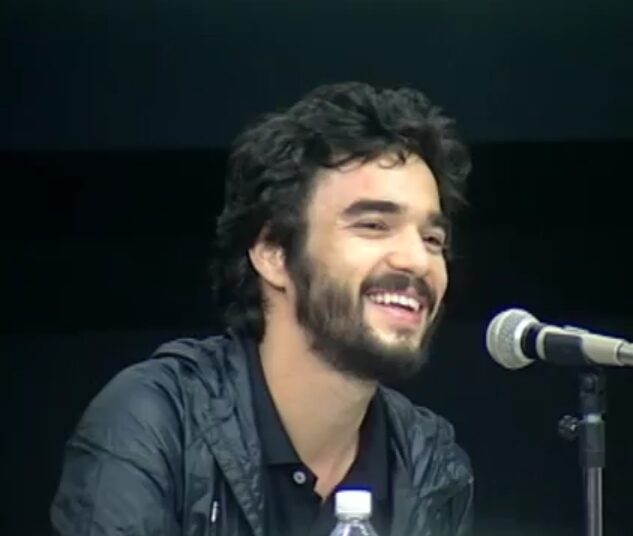 Caio Blat is an actor born in Sao Paulo, Brazil. Born on June 2, 1980, he initially took admission in Law, but developed an inclination towards acting and so stopped his studies midway. Caio is born in a family with actors such as Rogerio Blat and Ricardo Blat are his cousins and his love for theaters was quite understandable, and he always had the hunger to excel in the field.

His association with an advertising agency started at an early age of 8 when he went with his sister, on the pretext of his mother to audition for a commercial.  He eventually got a role and soon people started recognizing him as a familiar face. Surprisingly, he has worked in more than 200 productions across different media. He is a man who learned all by himself even though he couldn’t complete his degree in Law, yet he has carved a niche for himself in theater, film and television as he is so easy to perform in all the three areas.

In his short career, he has done a wide range of roles right from a charming and sweet kid to adopting even the most violent rebels similar to “James Dean” style.

He spent a big chunk of his life in Sao Paulo

He spent a big chunk of his life in Sao Paulo. He is gifted with skills, presentation and personality and gets an increasing number of love and affection from fans.

He dated Maria Ribeiro in 2006 and a year later, they tied the nuptial knot. Three years later, the couple were gifted with a son namely Bento in 2010.

Following are the top 5 movies of Caio Blat