NewDio News Desk : The move which significantly questions the hype and hoopla associated with iPhones and specifically iPhone 12 mini, Apple is deciding to cut the production of the current phone.

It is seen that iphone has reported of decline in the sales and due to the same, Apple is going to cut the production by as much as 70% for the first half of 2021

Apple has reportedly told few of the suppliers to stop making the components of iPhone 12. Even though iPhone 12 mini has been regarded as quite an affordable 5G- enabled iPhone, which makes use of the latest hardware, yet people have reasons to associate complains with the same.

Although, the beginning reports during the launch of the phone shows signals that the same phone is going to be very popular, but later on, contrasting reports started doing the rounds, signifying the actual scenario.

Apple somehow miscalculated the move, as it earlier thought that the phone was going to be a hit with a great margin.

As per the sources, Apple did expect the performance to be top notch, but it didn’t go down well.

Reason for the dip in sales of iPhone 12 mini

Many people have termed the associated low demand for iPhone 12 mini could be because of its slightly lower size, which surprised the people who were traditionally relating the usual and standard size to be bigger. It is due to this reason, that buyers may well be more inclined towards going for the iPhone 11.

It is too early to come to the conclusion whether the consumers considered the insights of iphone, with regards to cope processors and the performance, but they certainly took the aspect of low screen size very seriously.

Considering that both the handsets were prized similar, it was not hard for customers to go for the iphone 11, instead. Since they had two reasons to go for that one

As per the reports, battery life was another reason for people to re-consider their decision for buying the iPhone 12 mini. Since, it was much smaller in size, with respect to its predecessor, iPhone 11

People thought that with respect to the facilities which it is going to impart like that of 5 G feature, it had a smaller battery, while the consumption is going to be bigger, so this aspect equally couldn’t convince them to go for the mini one.

It seems that Apple wasn’t able to do its homework well this time and the low sales is the proof of how it should ponder more towards coming up with another set in future.

This aspect is also a lesson for various other companies who are planning to introduce phones.

Mp3juice is the best for music lovers. Everyone spends a lot of time in music during the holidays…
byJacqueline
54 shares
3
0
51 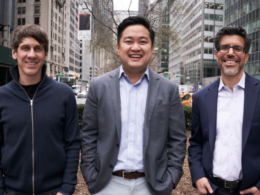 NewsDio.com Staff : Foursquare Labs Inc. is merging with yet another location-focused startup, Factual Inc., in an all-stock…
byDanish 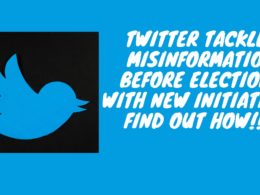 NewsDio Desk : There has been an announcement made by Twitter which is starting with the initiatives to…
byDanish 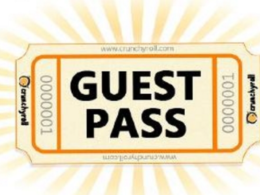 Crunchyroll offers a platform for you witness anime or Asian TV. It offers a phase where one can…
byJacqueline