Basic Components of an Argumentative Essay

At some point in time, you must be ready to write an argumentative essay even if you’re not one to argue a lot. Whether it’s for a school quiz or a competition, you don’t want to keep staring back at your blank sheet with no points to pen down.

To write down a perfect argumentative essay, you should be able to collect your thoughts and focus on the important things connected to your topic. An argumentative essay is a type of writing genre that takes a stand. But if you feel like you can’t do a good job on your own, use Custom Essay Meister, a high-quality academic writing assistance service

An argumentative essay writer with professional skills is required to probe a topic; generate, collect, and assess evidence; and establish a stand on the topic in an incisive method.

Components of an Argumentative Essay

The primary argument you wish to make in your essay is your claim. In a persuasive essay, claims are usually stated in the first few paragraphs. Your claim should be strong to support your argument. When preparing a claim for an argument, you need to have the right information to back it up and follow up any other questions that may arise during the argument.

A claim is generally the stance the writer takes; the point the writer wants to argue or prove. After deciding on your thesis and the points you’ll argue, you should acquaint yourself with five types of claims.

This component is used to support the claim, and these reasons are supported by evidence. The supporting points you offer provide reasons why your readers should assent your claim.

Supporting points always addresses the claim directly. The series of reasons which are usually supported by evidence is organized in the body paragraphs. Reasons strengthen the claim and give more clarity to an argument. Your claim may be ambiguous for your audience to understand but with solid reasons, you will further expatiate on the argument and make your readers have a better understanding of your claims.

Your argumentative essay should include accurate, well-researched, and detailed information. This information is used to support the thesis assertion and also consider other viewpoints.

Logical, factual, anecdotal, or statistical evidence are required to support your thesis. The importance of evidence in an argumentative essay is to support a reason, and present facts from every angle to gain your reader’s approval.

When collecting evidence, it is vital to consider different points of view, and also avoid eliminating evidence that may not support your thesis.

Remember, your evidence must be factual with accurate sources to support your claim. Your audience will scrutinize your claims and ensure it is in line with your evidence. Thus, before you prepare your claim, have the right evidence to back it up and make your argument valid.

This is known as the counterargument or opposing position. A counterclaim is the opposite of a claim. When planning an argument, it’s important to anticipate the counterclaim to disprove it with your evidence and reasons.

In this paragraph, you show that you have examined the opposing party’s view-point, and discovered it to be invalid and weak. A well-written counterclaim paragraph gives the writer a chance to acknowledge the reader’s arguments before they are through reading it. It also implies that you have reviewed both parts of the debate, and this strengthens your stand.

A solid counter-claim also highlights the level of research you have put into your argument. Your audience would see more reasons why your claim is valid by studying your counterclaim.

This component asks the writer’s response to the claims of the opposing side. A rebuttal is known as the act of responding directly to the opposing side’s point/argument to show that their point is invalid.

Some ways to rebut someone’s argument include;

An argumentative essay is a type of writing that teaches writers how to investigate statements thoroughly and also back them up accurately. A common approach to these types of essays is known as the five-paragraph method.

This approach is straightforward, as it consists of; an introductory paragraph, three body paragraphs with strong evidence, and a conclusion. However, you consider the credibility of information and surrounding contexts of the topic when judging a longer essay. Becoming better at calculus is not as easy as many students assume. Without enough learning and practice, most…
byZaheer 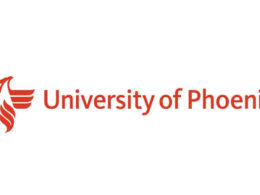 Don Braunstein has served as a business instructor at University of Phoenix for 13 years. He also runs…
byZaheer 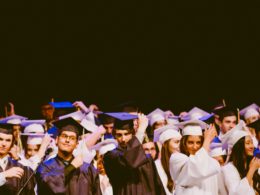 What is a Medical Assistant Diploma?

The roles of medical professionals are not often accurately portrayed on television. Nurses, doctors, and medical assistants often…
byZaheer 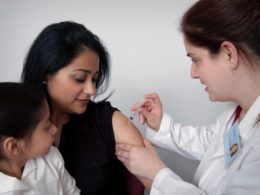 Nursing is one of the most rewarding and well-respected careers that a person can pursue, but many do…
byZaheer