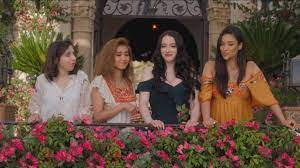 Dollface season 2 is an upcoming comedy series that will be airing on the Hulu network. The show is set to premiere on February 11, 2022, but there are plenty of details available for you to obsess over until then. For example, Dollface Season 2 will feature a brand new cast with some familiar faces from previous seasons. We’ll also see more of the crazy characters we all know and love! Dollface is back for more laughs, awkward situations, and life lessons! So don’t miss out on this hilarious comedy series. Read on to know more!

What is the Dollface series about?

The series follows the life of a young woman named Jules Wiley. The story follows her breakup with a longtime boyfriend. Due to this heartbreak, Jules’s emotions get mixed up and she must deal with her own imagination in order to literally and metaphorically re-enter the world of women, and rekindle the female friendships she left behind in her relationship.

When will season 2 come on screens?

The latest season is all set to premiere on February 11, 2022. If you do not know about this series then go check out season one so you catch up with the storyline.

Who will be in Dollface Season 2?

The series will be starring Kat Dennings as Jules Wiley.

Also, the new instalment of the series will be coming up with some new faces for its fans. And these bright new faces include Jayson Blair, Lilly Singh, Luke Cook, Chelsea Frei, and Corinne Foxx. Other than that we will see:

What is the cast saying about Dollface Season 2?

The series creator Jordan Weiss said, “We’re incredibly excited to get back into production and play with more interesting characters, themes, and dynamics. We have a lot of new stories we want to tell.” Esther Povitsky said “I’m so thrilled for season two! I can’t wait for all the fans to see what’s in store!” She added that she is super glad about how their show has been going on. Shay Mitchell also shared her thoughts saying: “Excited to be working together again!! So much fun” Lilly Singh commented by saying “SQUAD GOALS”, Kat Dennings posted some pictures from behind-the-scenes looks stating “#squadgoals”. Esther Povitsky said, “It was really exciting to see the fan reaction to the show. People are really responding to it in a big way and that feels awesome.”

Dollface is coming back for season two! The cast and crew of the Hulu comedy series took to social media on Monday to announce that they will be returning to production soon. “We’re so excited to be going back into production for Season Two of Dollface!” Esther Povitsky, who stars in and created the show, wrote on Instagram. “I feel incredibly grateful that we get to continue telling these stories with our amazing cast and crew. We have so many fun ideas and I can’t wait for everyone to see what we’ve been working on.”

Why you should watch Dollface?

The series follows a young woman, Jules (Dennings), as she tries to navigate the ups and downs of post-breakup life. Along the way, she turns to her three best friends for guidance and support. The show is funny, relatable, and will make you wish you had girlfriends like these in your own life. Despite the show’s lighthearted tone, it also deals with some serious issues, like body image and self-esteem. Jules is constantly struggling to come to terms with her appearance and her place in the world. She’s not always likeable, but she’s real, and that makes her a relatable character for viewers.

Dollface Season Two will premiere on Hulu on February 11, 2022. Mark your calendars! The first season of Dollface is available exclusively on Hulu. So why not binge-watch the entire series right now? We promise it will be worth your time! Production on season two is almost complete and is soon going to release, so be sure to stay tuned for updates! In the meantime, catch up on season one streaming now on Hulu. You will have a good time watching the series.