Even after Covid, Facebook is eager to help its employees work from home

NewsDio Desk : Facebook is keen with the idea to allow employees work from the comforts of home. It reacted to BBC, where the social media giant considers ‘remote work’ to be the future. Employees at Facebook can send their applications favoring to work from home and the final decision rests on manager.

The executives at Silicon Valley are supportive with the idea of working from home last year and there has been indication from few that ‘work from home’ culture can become the norm even after pandemic.

Facebook founder Mark Zuckerberg has predicted that half of the employees may work from home in a span of five to ten years.

Favoring the news, Jack Dorsey of Twitter has openly reacted to the possibility where employees can very well manage to work from home in future.

However, with the passing of time, there have been few drawbacks associated with the same.

The chief executive of Microsoft namely Satya Nadella has expressed concern about lack of demarcation between professional and personal life which basically gives the impression for people that they are actually sleeping at work.

Therefore, understanding the pulse of the situation, there has been an announcement by Google, that it is making efforts to bring a favorable scenario where people can actually start working from office.

Employees get into the idea of working from home

The pandemic has necessitated people by pushing them into a culture of working from home and not in office.

However, as the organization is looking with a far sighted approach beyond the current situation, it is working on the idea of bringing employees back to office.

Brynn Harrington who holds the designation of being a vice president of People Growth reacts on how few people are keen to work from home, and will be likely to do in continuation.

The best example can be those of parents who are now able to give more time to their children thanks to minimizing their commute time. However, she is quick to add on how it won’t be a matter of convenience for everyone.

She is quick to add that in such an environment of pandemic, where many employees are forced to work from home and it certainly can’t be regarded to be a healthy environment for sure.

Many look to work from officers in order to experience a major shift from the same routine.

Facebook is keen to start the professional work environment by reopening its Silicon Valley officers from May. As this phase happens, it will be after more than a year that offices will be the reality.

FB’s biggest offices won’t be able to register more than 50% capacity even after few months until September, at least. Although, social media indicates that remote work isn’t related with saving cost, but equally hints that workers might receive lower pay. 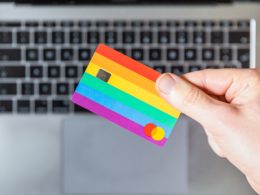 Tips for Improving Your Credit File and Score

Perhaps the most valuable suggestion for improving your credit file, and consequently your credit risk score, is to…
byZaheer 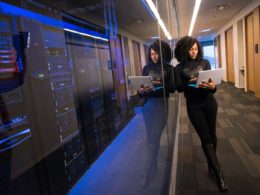 Top three cities to pursue an IT career in Gujarat

A few decades back, career paths were more predictable. If you were an IT/engineering graduate from any of…
byZaheer