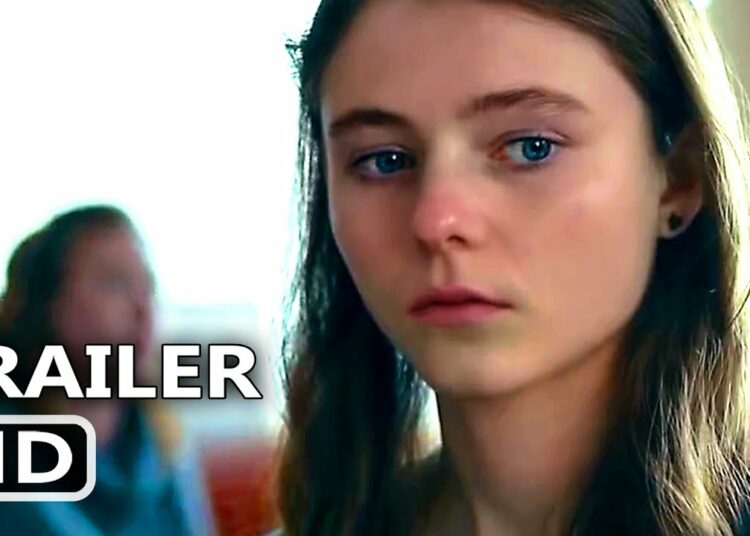 There are few noteworthy performances which have certainly taken the acting fraternity by pleasant surprise. Such as the one by Amy Ryan (Mari Gilbert) followed by the awesome skills shown by Thomasin Mckenzie (Sherre Gilbert) and ofcourse not forget to mention Gabriel Byrne. Then there is also superb acting carried by Shannan Gilbert (Sarah Wisser), Dr. Peter Hackett (Reed Birney),Joe Scalise (Kevin Corrigan).  Liz Garbus is the director who has tried to show the reality of how society presumes certain things as there is prejudice associated and attached with people due to their profession or situation.

The Lost Girls highlights the gory, dark and heinous crime committed by the serial killer who was responsible for murdering several women in two decades. Yes, in what could be seen as the man who didn’t stop or relent at all, in murdering between 10 and 16 women in a span of 20 long years. Such a deadly, heart rending and spine chilling incident highlights further the lackadaisical attitude of the cops who could have been more professional and serious in their attitude. Had they been really concerned in the past, so many lives of young girls would have been saved as it would have set a strong message and example to the culprit by nabbing and then giving stringent punishment.

The movie zeroes down on Shannan Gilbert, a young lady aged 24, who couldn’t be traced as she went missing in 2010. It  highlights the attempts and plea of the hapless mother to bring the police to do their tasks professionally which infact failed to invite the required seriousness.

Her case gathered enough news, as even the masses advocated for justice rather than just Mari, her mother and sister Sherre. Netflix opted to create a movie, in line with Robert Kolker’s book bearing the same name. (Lost Girls as its publication happened in 2013)

Besides the mother looking for justice, there were other victims as their family members were equally hapless and needed timely interference from the cops. Incidentally, the cops got a breakthrough while undertaking an investigation for Shannan at Oak Beach. They were able to find four bodies at the nearby areas as the accused used burlap sacks for burial (as she happened to be at this last place while being alive). The cops managed to get hold of four other bodies of women whose deaths were long time pending with the likes of Megan Waterman, Maureen Brainard-Barnes, Amber Lynn Costello, Melissa Barthelemy. These women disappeared during 2007 and 2010. The accused targetted similar profiles like Shanna as they were in their early 20s and were dealt through a pimp while carrying out their sex work who easily kept with himself a major earning.

Lost Girls highlight the events that happened in 2010-12 as narrated by Mari Gilbert. When Shannan inspite of her telephonic call promise to visit for dinner, didn’t come up. Then the suspicion of her mother grew stronger, after an unknown call from a doctor expressing about the trouble her daughter may be under. This necessitated Mari to search for the whereabouts of her eldest daughter.

Mari took the charge as a responsible mother to do all she could in getting the phone record to interrogate Sannan’s boyfriend. She got to know that being under medications already, her daughter even experienced a hysterical breakdown which necessitated her to flee home and she went away somewhere without even taking the help of her driver.

On one hand, her last minute disappearance is increasing her anxiety and to make it worse, cops are least interested to cooperate, due to their carelessness. Their actions are incompetent. A sorry state of affairs indeed. Yes, the mother has to  face additional troubles, that is also to pester the cops to do their jobs professionally. She was concerned about the time the cops took to answer the call from her daughter. As she additionally hoped for the security cameras which may give some information to her whereabouts, however, cops didn’t have interest to know further developments through it.

The cops didn’t even consider searching for the clues or anything. However the firm determination of the mother kept the whole situation hopeful and alive rather than simply dismissing the scenario as the fate of the daughter.

Lost Girl is inspired from a true story of how a mother goes all about to search for her missing daughter.

Dr. Peter Hackett (Reed Birney) was involved in the crime and that he needed other’s help, since he was using a fake leg and can’t run. The other suspect was his wife. The same notion that it was the handiwork of more than one person was established, when during the 911 call, Shannan referred to people as “They are trying to kill me” indicating more than one person is involved. So, who actually chased her daughter through the swamp?

This is where the testimony of Hackett’s neighbor Joe Scalise (Kevin Corrigan) came to play. After all, a neighbor actually knows about others in the locality. So, Joe said that during the process of transferring the bodies from one place to another, Hackett’s true colors were shown as neighbors saw him.  Although, police dismissed her testimony on the grounds that he could be reacting out of a long pending grudge. However, Mary was sure that Hackett was the accused. Her surety led her to even convince commissioner Dormer, to inspect the site of swamp, (just behind the house of Hackett) as the possible place of unearthing the deceased body. As luck would have it, her daughter’s body was actually found there.

Lost Girls highlights that all the victims should be treated equally, irrespective of their past or profession they are under or whether any of them is living alone. Such things shouldn’t come in the wake of getting full-fledged justice. Victims need to get complete justice without considering any of the conditions above.

The movie highlights the kind of dangers which girls are subjected to as it also speaks about the need of stringent action so that the culprits should get the worst sentence which also acts as a lesson for others not to mess with the lives of young girls. It also highlights the need to have sympathy towards the women in general meeting the same fate.

It also enforces the belief that the cops need to be more dutiful in their approach without any prejudice. The real essence of the movie would be complete when even one wrong doer gets punished as it acts as the hardest lesson for the generations to come. When the single mother, all by herself, can persuade and push the cops to move beyond their comfort zone and work towards solving the case, it acts as an eye opener for all of us to be more sensitized and demand for justice. Even though we may start alone, we eventually have a cavalcade favoring and supporting us. After the mother finds the dead body of Shannan, she was remorseful that police didn’t give the due importance, as they blamed her for the death. She further said that time has come for everyone to be held accountable for the actions, as she begins with herself.