NewsDio Desk : There has been an increase in the consumption on Indian over-the-top (OTT) platforms when considering the lockdown month of March, 2020 with respect to the same month, an year before.

There has been an unimaginable spurt at which people played games online or referred to entertaining aspects be it movies, daily soaps etc . Hence, more people were dependent on smartphones as per the report by MICA Ahmedabad which collaborated with Communication crafts (A startup which is based in Ahmedabad)

The sheer increase in the way gaming consumption has seen a sudden increase can be gauged from the fact that from 42 billion minutes it increased to 63 billion minutes for the same period that is for March, 2020. The strength is relatable given the extent of free time, which people had and they naturally made the best use of those phase, through watching content online.

People have more time to refer online sites, and they took no time towards connecting digitally as the strength of people moved up by 19% which amounted to 5,677 million in March 2020, as compared to only 3,435 million in March, an year before.

Thanks to the growing use of smartphones in the current era, it is also suggested that due to the pace at which it is growing, it is expected that 925 million people will be having smartphones by  2023.

See also  How Can I Use PNB Net Banking?

YouTube remained to be high consumption platform, followed by MX player and then the third position was taken by Hotstar and subsequently, there were other streaming giants in the form of Netflix as well as Amazon Prime video who made their effective presence.  The strength of men naturally remained to be the highest for the OTT platforms. Talking about Netflix and Amazon prime, the strength of women were half as compared to their male counterparts.

It is true that viewers from tier 2 and tier 3 cities are creating a direct influence on the growth of OTT in India and it is all set to grow bigger with the passing of time. 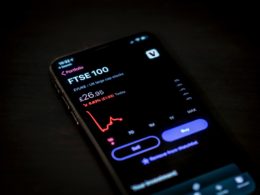 Contents1 Decorating your new home1.1 Things to take note when furnishing your new residence2 1-Measurements will be your…
byDanish