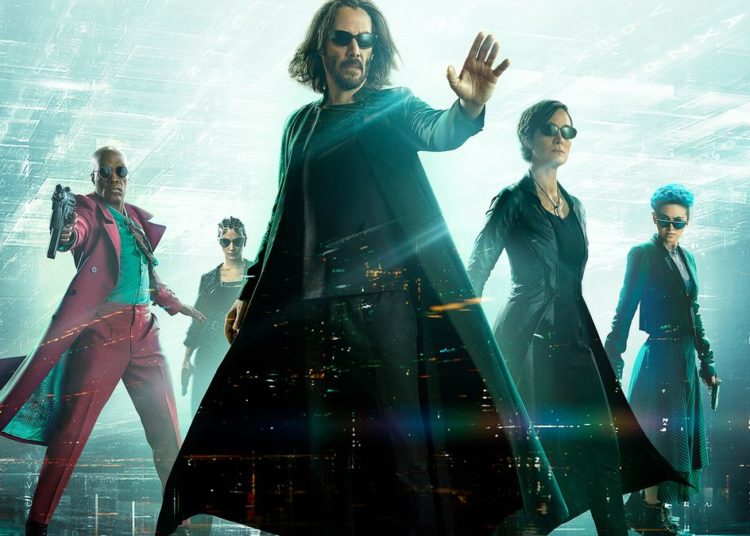 The Matrix Resurrections opening collection has risen at the box office. The Matrix Resurrections is a continuation of The Matrix Trilogy. This movie is directed by Lana Wachowski. The movie stars Keanu Reeves as Neo, Carrie-Anne Moss as Trinity, and Yahya Abdul-Mateen II  as Morpheus. The film also stars Priyanka Chopra Jonas, Jessica Henwick, and Jonathan Groff among others. The movie dwells on Neo, who lives a seemingly ordinary life as a video game developer. Troubled with distinguishing dreams from reality. A group of rebels, with the help of a programmed version of Morpheus, liberates Neo from a new version of the Matrix and fight a new enemy that holds Trinity captive.

Opening Collection of The Matrix Resurrections Rises at Box Office

The much-anticipated release of The Matrix Resurrections hit theatres this past weekend and was met with very impressive numbers, raking in over $140.8 million worldwide. This puts the opening collection above other recent films such as Sing 2 and The King’s Man. The Matrix Resurrections is a cyberpunk action film. The movie has received mixed to positive reviews from critics so far. However, the fans seem to love it and that is evident from its box office collection. The opening weekend collection for The Matrix Resurrections was estimated to gross around $40 million over its first five days of release. The film ended up under-performing, grossing $10.75 million over the weekend. This number is expected to go up as the word about this movie spreads. The budget for this movie was reported $190 million so it needs to make more than that if it wants to break even. However, with numbers like these, it seems very likely that this will be a box office success.

“The Matrix Resurrections” opened number one this weekend at the China box office with $7.5 million in sales, according to data from the Artisan Gateway consultancy. Due to the new Omicron variant of Covid-19 China’s national box office is running 15% low as last year. The first three films in the trilogy played in China at a time when the country’s total box office capacity was much smaller than today. In 2000, “The Matrix” grossed $2.68 million, while “The Matrix Reloaded“ and “The Matrix Revolutions” each grossed $6.77 million apiece in 2003.

Why you should watch The Matrix Resurrections?

The Matrix Resurrections is a great movie to watch if you are looking for an action-packed, science fiction film. The plot of the movie revolves around humans who have been freed from their artificial world by rebels and now must fight back against the machines that enslaved them. The characters in the movie are very well developed and the acting is superb. The action sequences in the movie are also very impressive and will keep you on the edge of your seat. Overall, The Matrix Resurrections is a great movie and I highly recommend watching it if you are a fan of science fiction films.

What is the cast saying about the movie?

Lana Wachowski said, “I think it’s the most beautiful of all the Matrix movies, and I’m really proud of it.” Keanu Reeves who starred as Neo in The Matrix trilogy had this to say about The Matrix Resurrections: “It was pretty wild. We shot some pretty intense stuff. Lana has done an amazing job with the visual effects; there are some spectacular action sequences.”

The critic reviews for The Matrix Resurrections have been mostly mixed, with Rotten Tomatoes giving the movie a score of  63% based on 307 reviews. The Guardian gave the film 2 out of 5 and wrote: “Really, Resurrections doesn’t do much to remove the anticlimax that hung like a cloud over the cinema auditorium at the end of the third film in 2003. This movie is set up to initiate a possible new series, but there is no real creative life in it. Where the original film was explosively innovatory, this is just another piece of IP, an algorithm of unoriginality.” IGN’s Amelia Emberwing gave the film 4 out of 10, praising the performances but criticizing the execution and visuals while also writing “The Matrix Resurrections is the kind of film that will go down in cult history because it is so laughably bad. Truthfully, I can’t even say it’s unenjoyable because I spent so much of its overly long runtime giggling over how jaw-droppingly misguided the majority of it is”