NewsDio Desk : After the ban of PUBG in India; the curious game lovers turned to the Korean version of the game. However, the authorities are tightening their noose on anyone who lives outside of Korea and Japan and refers the game.

Hence, for those who have been playing the game from around the world, it will eventually be restricted. The information was shared by PUBG Mobile Korea through its Instagram account.

They are currently changing the overall structure of the game. For a layman this basically means that anyone who logs in from outside won’t be able to complete the payment. Smooth functioning of the game may also be affected as they may have to deal with various network issues during their play.

READ  Samsung is helping Apple to increase their sales? Here’s why

There is a tendency of developers to restrict the access of the game for those located outside of the country. Hence, Indian users will not be able to login after June 30th. This is relevant and important to mention.

So what necessitates putting in place the restrictions for PUBG Mobile Korea?

Restriction for various countries across the world has been seen as a way to improve the quality of the game and the associated service.

This is seen as a way to preserve the local culture while removing some issues that have existed for quite some time in the past. According to the official statement, the move is not meant to discriminate with a specific country or tradition, but the developers did not feel they were in a position to meet the rising expectations of the people right from the word ‘Go’.

People, especially the developers, are quite surprised at the popularity of the game in such a short period of time. The credit of the same is obviously due to the developers who have come up with such a remarkable invention that it has captured the world’s attention within the shortest possible time.(Read also : PUBG Hack (No Root, No Ban): How to hack PUBG Mobile? All you need to know about Undetected PUBG Mobile Hack )

In the Indian context, the game is still not in use. In fact, it is very much banned here. Even considering the Indian version of the game, PUBG Mobile is under fire thanks to the tangle of bureaucracy in India.  Hence, if the current news is true then the government has given a green signal to the progress of the game, so that it can be launched in India. Hence, this is one of the exciting news that the fans of the game would have enjoyed hearing.

What every fan needs to do right now, however, is to cross their fingers and wait for the right time. 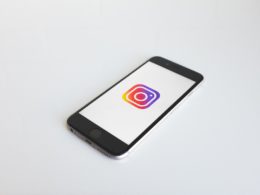 GetInsta Is Best For More Instagram Followers And Likes

GetInsta will be the future to get more followers and likes; it will be useful for the new…
byZaheer 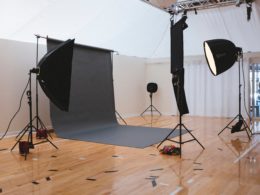 The entertainment sector is experiencing a tremendous boom and touching escalating heights of success. Several issues have to…
byZaheer