NewsDio Desk : PUBG has gathered quite a sensation of late as it has become in the hearts and minds of everyone.
Thanks to the extent of craze it has generated, the biggest proof can be that of the number of downloads it has generated. Yes, you will be pleasantly shocked to know that it has crossed over 1 billion downloads right in a short span of time, after being launched and it is only behind Subway Surfers along with Candy Crush Saga.

The landmark position couldn’t have been achieved without catering to the needs of game lovers who wanted something different which can bring them an overall change right from the list of normal games, which they have been playing up till now.

As per Tencent, the popular game has already seen a massive love and appreciation from the masses, where it has generated awesome 1 billion downloads outside the purview of china.

If the version of Sensor Tower is to be believed then the game’s popularity is only behind Kiloo Games’ Subway Surfers along with Candy Crush.

PUBG has seen a time where the children and adults alike have been literally hypnotized in its never ending charisma and uniqueness.

So much so, that even parents were quite perturbed given the extent of addiction which the game has generated on the minds of people who can’t think of any other substitute than PUBG.

The game makes use of various modes and out of them; “Battle Royale” has become quite a popular and noteworthy one.

This mode is denoted by number of fighters who continue to fight it out, till the time there remains even a single player who can survive the battle.

The announcement highlighting the coveted position achieved by PUBG has naturally been quite a welcoming aspect where Tencent has given the whole related information at the time of releasing a report concerning the online games.

While announcing about the revenue, Tencent said that its revenue crossed 29% in the quarter ending March. There have been two games which are literally ruling the online world and they are in the form of PUBG Mobile along with Honor of Kings. As they continue to achieve the top most position in the international arena.

Tencent said that it is expecting that the revenue will be made from those who reside outside the purview of China. It hasn’t been much time that it has opened Timi Studios, LightSpeed along with Quantum Studios in Los Angeles, USA so that they can reach to wider number of people and audience.

The basic aim which the company wants and expects is that content should be created by keeping in view of the intellectual property and has a presence in the global world.

The world of online games has created a massive importance in today’s scenario especially when professionals and students are working from homes through online mode. Hence, it has created far more reliance on online games during their free time. 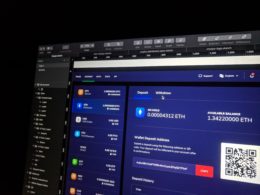 Raspberry Pi is a wonderful tech tool that runs Linux. Thanks to all the miracle workers that made…
byDanish 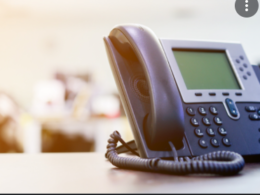 The Impact of Economic Nexus on VoIP Services Breaking News for all! The PUBG game will be banned now! Player Unknown BattleGrounds, commonly abbreviated as PUBG,…
byDanish