NewsDio Desk : Since the news concerning data leaks from Whatsapp has come in the open, the social media giant has been working overboard to neutralize its image. Yes, continuing with the series of giving extra safe guarded features, Whatsapp‘s Owner Mark Zuckerberg has announced that it is going to bring the facility of password for backing the chats.

Even though, it is going through a testing phase, but very soon will be a part of the feature for iCloud and Google Drive.

The move when implemented will naturally be looked as a way to add a safety mechanism to the chats, where the backup chats will need a password which you will put for protecting it.  The move is the result of various activists who have shown the privacy concern and it is going to being a welcome change for them.  Usually, users expect chats to be highly confidential which is both personally and professionally very important to safeguard their prestige and an extra layer of security means, that it gives another reason for users to ensure that they have taken due measures for keeping things in place.

WABetaInfo which is in the forefront of adding the whole mechanism, has announced that testing is being done and very much in progress. This is to prevent unauthorized access to iCloud Drive backup, where the convenience of putting the password will ensure that all the future messages will be encrypted.  You need to put the password while restoring from the backup.

The update is said to be meant for iCloud Drive and Google Drive backups.  It is also said that in the event when users forgets the password, then Whatsapp will help to recover the same by entering the phone number as this acts to be  a substitute.

The move when practically implemented will give respite for increasing numbers of users who have been deriving ways to get their chats protected. Considering the ever increasing security breaches in the online world, the move will create a significant chapter in the history where it will bring a positive image of Whatsapp for the world to see.

Additionally, WABetaInfo has also informed through a tweet that the new update will also be compatible for the Android backups. Hence, the news gains importance for Android users who have something to cheer up as well. Since, they are able to enforce password protection. However, in case of iPhones, Whatsapp doesn’t favor local backups.

In the past, WhatsApp has been alleged to have made a foray to user’s communications through cloud storage providers as they have access to all the backups.

Hence, the move holds a significant chapter for creating a positive image of the social media platform whose irresponsible behavior in the past was largely criticized.

The activists are very eagerly waiting for the feature to hit the market, so that they can conveniently create a pleasant and marvelous change for themselves. It will also bring out a positive image for the world to take note of. How To Download Hotstar Videos in PC Windows 10, Android, and iOS

Are you here to know how to download Hotstar videos in PC, Android, and iOS? If it is…
byAnkit Kumar

Choose the Best Competent Candidate to Write an Essay 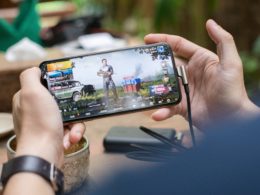 NewsDio Desk : PUBG has gathered quite a sensation of late as it has become in the hearts…
byZaheer