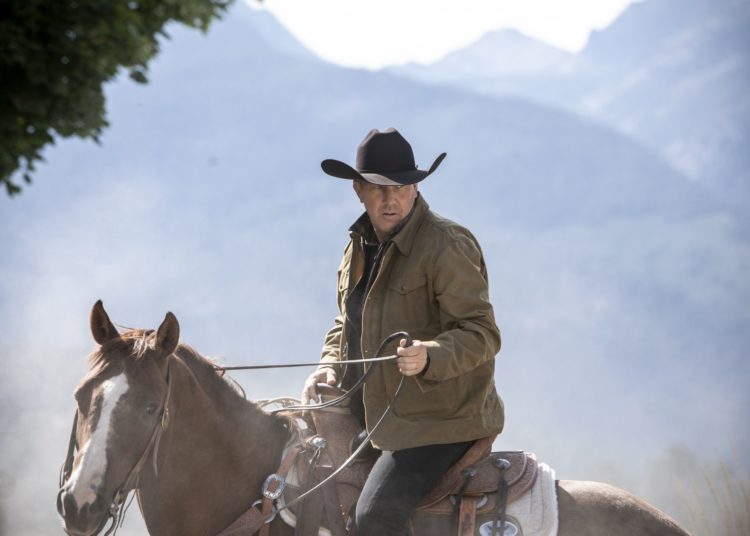 Yellowstone will be back and better than ever with season 4! The drama continues as we find John Dutton (Kevin Costner) striving to run his ranch, the Yellowstone National Park and its wildlife refuge, and a new oil pipeline that threatens everything he values. Alongside his devoted wife Kaycee (Kelly Reilly), daughters Mary Ellen (Kelsey Asbille) and Emma Grace (Mackenzie Lintz), son J.D., right-hand man Nate Hosseini (Danny Huston), and headstrong granddaughter Rose Dutton Clyne (Poppy Drayton), John must navigate these conflicts while still looking out for those who live on the land alongside him – including both wolves and grizzly bears.

-Kevin Costner as John Dutton: Yellowstone’s season four returning leading man, who has been Yellowstone’s most powerful player from the start.

-Wes Bentley as Dan Jenkins: A new character introduced in Yellowstone season three, Dan is a local landowner and John Dutton’s neighbour, described as “a good guy to have on your side but dangerous if you cross him.”

-Luke Grimes as Kayce Dutton: Yellowstone’s returning leading man, John’s eldest son who left the ranch to join the military but returns in season four having finished his service with an honourable discharge and a new girlfriend (played by Kelsey Asbille).

-Dave Annable as Jamie Dutton: Yellowstone’s other returning leading man, Yellowstone’s youngest son, who returns to the ranch after his brother Kayce leaves for Vietnam.

-Kelly Reilly as Beth Dutton: Yellowstone’s only female lead throughout its entire run so far, Jamie’s wife and John’s daughter in law has established herself as one of Yellowstone’s key players over three seasons.

The Yellowstone cast will remain the same with series lead Kevin Costner who is back as John Dutton, alongside Wes Bentley (Tulsa), Kelly Reilly (Elizabeth) and Luke Grimes.