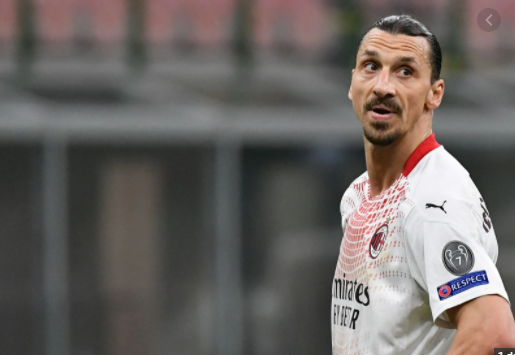 Zlatan Ibrahimovic while giving an interview opines that renowned personalities who may belong to different sectors like that of sports should refrain themselves from making any marks which may stir political matters. He was talking about LeBron who should limit himself from not pocking his nose on political matters.

Los Angeles Lakers LeBron has counter attacked Zlatan Ibrahimovic with a pledge that he would never be staying silent with respect to social causes. His verbal attack came at a time when he was told by the AC  Milan forward for not interfering into the matters of politics where he is seen to give his own judgment. He further added that people may consider him a wrong guy but he is certainly not afraid as he does the homework well and that he has nothing to feel afraid about.

Ibrahimovic while being interviewed told that famous sports personalities who have enough glamour with practically proven capabilities like being NBA champions four times, and has been a leading voice while speaking against police brutality and racial injustice should limit themselves without interfering in the matters of politics by maintaining deep focus on sports.

Many regard that the views were certainly unwarranted as there was no need for him to give his reaction on things which others are doing. Rightly so, as others have their own set of feelings and can give their reactions to the things which they feel right or wrong.

James in response told the reporters that he is never going to stop himself from speaking about things that are actually wrong. He further said that being a renowned figure, his responsibility to speak about matters concerning the society becomes even more where he rightly preaches about social justice, equality, racism etc. He is a man with values and his reaction is understandable since he rightly feels that he has got as platform where he can work towards betterment in a more significant and convincing manner. The press conference was held after Lakers win against Portland Trail Blazers.

He added that he will use the platform for throwing light on all the concerning matters that the country or the world is witnessing. He is determined of the fact that he will never limit himself from talking only about sports since he knows the importance of speaking up and the kind of platform he is currently in which directly relates to his power.

James also pin pointed an old news way back of the year 2018 when Ibrahimovic highlighted his concern that the media was treating him in a different manner with respect to other players who had traditional names such as Andersson or Svensson.

James simply quoted his concern and reacted on the same. He added that the guy was speaking about those things since he didn’t have a traditional last name. James further added that according to Ibrahimovic who was quite concerned about the racism which seemed to be going on.