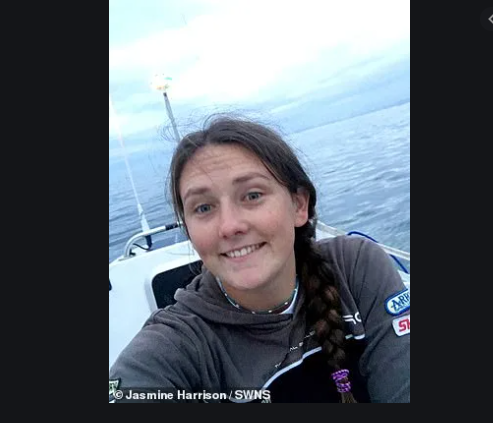 It is true that not many can achieve things at a young age. After all, it takes years of perseverance, zeal and determination to continuously work towards the aim and then based on the luck factor you probably had, you may be able to do achieve the desired results. When people achieve something big, then it becomes a source of inspiration and the world gives high regard and value to the person who has come so far. Behind the person, there is whole lot of struggle which is hidden too.

Likewise, Jasmine Harrison who is just 21 has become the youngest female to row solo across the Atlantic Ocean.

She covered 3,000 miles journey in 70 days, three hours and 48 minutes. She has become the youngest female who was able to row solo across any of the world’s ocean.

She travelled all the way from Spain to Antigua.

Her journey was not a piece of cake, as she had to bear various hardships coming on the way. She was almost very near to collision with a drilling ship, but luckily she escaped unhurt. She survived all through the time, with lots of peanut butter along with Nutella.

What motivated her to take such a historic journey?

Everyone has reasons to be motivated and inspired and rightly so, she was also on the same phase, where she was quite moved by the 2018 race finish, when she was actually teaching swimming in the Caribbean. She added that besides holding the flares at Nelson’s Dockyard for a race finish. Her reason for getting inspiration was through a family member of a lad who termed the whole exercise to be quite amazing, after he completed.  These two aspects created an extreme sense of motivation in her and she promised herself that she is going to do something on the similar lines.

Her stint certainly gathers inspiration for others to check and take note of. Since, the youngsters are certainly quite motivated to follow her footsteps. She certainly gives quite a noteworthy reason for all those who are holding themselves back as her struggle and hard work has borne fruits.

Considering the young age, where she has made herself quite an inspiration, there seems to be no stopping for her as she would surely be eyeing towards accomplishing other set of landmarks and records.

She further said that she would look forward to complete it again. But, she is going to love even more, if the youngsters take a cure from this, and begin the same journey.

Let this chain be unbroken as she has proved herself how she has set on the mission all alone and that it has never been any sort of hurdle for her.