Tiger Woods thanks fans for prayers, returns home and getting better after car accident

NewsDio Desk : Tiger Woods who is a golf legend has finally made to his home from the hospital bed after he met an unfortunate accident last month. The accident was enough to give severe leg injuries and the medical staff was obviously called in to take him to the hospital.

Woods got injured on February 23rd exactly after two days of the Genesis Invitational tournament at Riviera.

During the time of accident, he was commuting to give a television shoot for GolfTV  at a little over, 7:am and this was the time when his SUV crashed into a mediam.  Due to the impact of the accident, his car rolled over and got into steep road.  Although, the scene was enough to bring different negative thoughts, yet everything was all right.

Although, the impact of the car was such, where it could have been deadly, but luckily, when he was pulled out from the windshield he was very much in a conscious mood and that was enough for the fans to feel satisfied about knowing the condition of his favorite player is not serious.

Yes, the news gains significance as the star player has been cheering and creating happy moments for all its fans on the field as naturally there is a sense of bonding and attachment with the player who has done so much for the country.

He is the reason why people have got to witness the best of sports and he has equally created so many examples of a perfect player who can win the hearts of everyone through his dedication, hard work and honesty. He has naturally earned a place not only in US but also in the whole world, where he is looked as a man who knows towards being a charismatic player in both on field as well as off field.

Now, that he is out from the hospital bed, and he has also given the statement where he is quite happy to be home and is in the constant process of recovery. He is equally humbled due to the constant outpouring of messages, prayers and support which has equally encouraged him to recover with great speed that he would have been otherwise.

The past few weeks have really been very phenomenal as he has received the best of treatment and thanks to the prayers, he is getting better and healthier.

He also said that since he is at home now, so he will be recovering and getting stronger on daily basis. This he said while posting the message on social media.

He was up till now operating at Harbor-UCLA Medical Center along with Cedars-Sinai Medical Center and has now happily discharged by doctors who didn’t find the need to admit him further.

He has a fairly charismatic identity as a player, as he has won over 15 major titles  and the best thing which he has to his credit is that he is the only modern pro who has won all four major golf titles in succession. 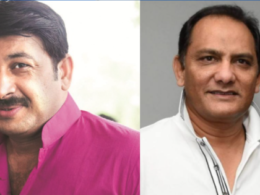 NewsDio News Desk : It is nothing new that renowned personalities be it from sports or Bollywood or…
byZaheer

What Are the Game of Thrones Actors Up To Now? 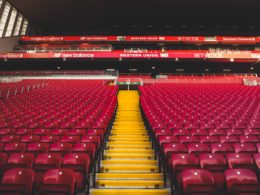 Manchester City on course for a Quadruple clean sweep of silverware

At the start of the 2020-21 season and with Liverpool as reigning Premier League champions, everyone expected another…
byZaheer