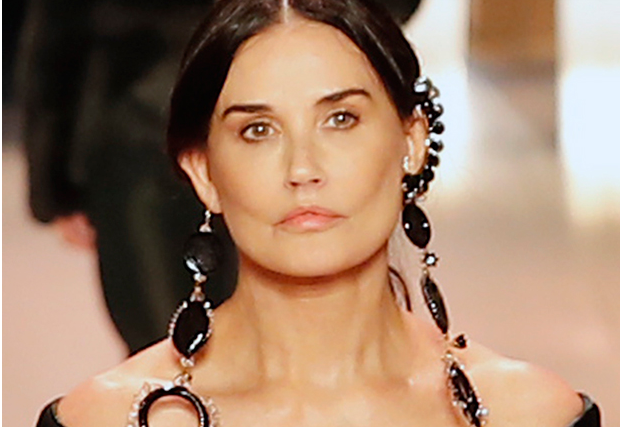 There has been a lot of buzz recently regarding Demi Moore‘s different kind of a look at the Paris Fashion week wherein she has been focusing on the positivity of her experience while she was walking on the Fendi runway. Demi Moore can’t believe that she walked through a high fashion runaway this year. She opened up about the Fendi’s Spring/Summer 2021 Haute Couture show and cherished her experience while chatting with Naomi Campbell. Demi said, “Truly, it didn’t hit me until afterwards.” She added, “It really was a teenage fantasy fulfilled. i took a moment where I thought….oh my God. I literally just walked a runway with some of the biggest models ever. I literally felt like a little kid.”

Demi talked about how special the overall experience was, for her while mentioninh about the other models as well who walked in the show, including that of Kate Moss, Naomi, Cara Delevingne and Bella Hadid. She said that it was really very powerful, while adding to it, “It felt special for me because it felt less that it was entirely about the clothes and more that it was about the full story. It felt very magical and moving. It was extremely memorable.”

This time, the Fendi show did not have enough audience due to this pandemic but the fans did take pics from the event. A lot of fans also commented about how different the actress was looking due to the heavily contoured makeup on the face. The actress’ cheekbones were more pronounced than what it would have been in a usual case. She rocked a minimal makeup at the time of the interview and thus, looked more like her usual self.