Sports Gambling And The People Who Beat The Odds

Any type of gambling comes with inherent risks, that’s why we love and hate it so much. One week you’re winning and it seems every bet you make you can’t lose, the next week nothing but losses. Nobody can win every time, but yet we keep on trying. There is no such thing as a “banker” or “guaranteed winner”, all you can do is place the bet and wait, watch, and pray it comes in. The human race has been gambling in some form for thousands of years, from animal fights to rudimentary dice games. But these days things have changed with the advent of modern technology, you can place bets or play in virtual casinos from almost any location and at any time.

Online casino gambling came first with the Caribbean islands of Antigua and Barbuda passing the Free Trade and Processing Act in 1994. It is unclear which company was first to have launched the first real money casino, Microgaming and The Gaming Club both claim to have been first. Online sports betting was not far behind in launching, and Intertops was first in 1996, soon after a host of gambling companies got in on the act. And since then the industry has never looked back, going from strength to strength with every game covered from soccer to live blackjack. But like any industry, it will have low points and in gambling, they are rare but they do happen. Here are some of the greatest shocks to the gambling industry.

How a $3 Bet Can Make You a Millionaire

The world’s biggest known accumulator win was won by Steve Whiteley, a plumbing engineer from Tawton, Devon in England. His win in 2011 was placed on six winners on the Exeter Tote Jackpot, the races were held in the United Kingdom and Ireland. His winning horses were:

This six horse accumulator netted Mr. Whiteley a cool 1.45 million British pounds or $2.2 million USD, all that from a 2 pound initial stake. A day he will never forget, but one the bookmakers will be trying to.

To answer that question just ask William Hill, in 2016 an anonymous punter in The United States who placed $5 USD on a parlay bet all involving basketball. The gambler placed a series of bets on college basketball over Saturday and Sunday. To complicate matters part of the bet included NBA teams the Golden State Warriors, and the Detroit Pistons who both also won on the Saturday. He now only needed to sweat it out waiting on Kansas to play on Monday evening, Kansas won, the anonymous gambler walked away from the $5 USD bet with a handsome $305,000 USD.

Keeping The Faith Does Sometimes Pay Off

Fans are sometimes blinded by team loyalty which doesn’t always make for good betting, being biased towards your own club or team can lead gamblers to place bets they know is not a good idea. This was not the case for one anonymous St. Louis Cardinals baseball fan, in 2011 the fan placed a $250 USD bet the Cardinals would make the World Series at odds of 500/1. The reason for the odds being so high was the Cardinals were not having a great season, but after the bet was placed they went on a winning streak.

So with this in mind, the anonymous punter decided to place another bet that the Cardinals would win the World Series, the bet was $125 USD at 999/1. The St. Louis Cardinals form continued and they were crowned the World Series Champions, netting a cool $375,000 USD in winnings, it does sometimes pay to keep the faith.

The Stuff of Legends, The Magnificent Seven

Sometimes we all need a bit of luck in our lives and on the 28th September 1996, Darren Yates got all his luck in one go. Mr. Yates was struggling with his small carpentry enterprise and things didn’t look good for the business, things were about to change. At the famous Aintree horse racing track in the United Kingdom, a very popular jockey called Frankie Dettori was racing 7 races and was fancied by some pundits to win at least 5 races.

Mr. Yates deciding that his luck must change some time decided to place a £67.58 GBP bet that Dettori would win all races, even Dettori thought he could maybe win only 2 of the 7. After placing the bet Mr. Yates went to play football with some friends, and lost 4-0, not feeling the best. He decided to check the race results, Frankie Dettori had won all seven races. There were many winners at Aintree that day but nobody won close to the £550,823 GBP won by Mr. Yates that day, we all should all have days like that.

Billy Walters The Greatest Sports Gambler of All Time

The name Billy Walters is renowned in sports betting and onlinecasino circles, and bookmakers fear him. Billy started his gambling career by playing poker, soon becoming a professional player before turning his sights on sportsbook gambling. After four decades of sports betting, he has officially bet more than anybody else in history and won hundreds of millions of dollars in the process, some estimates place his winnings at $500 million USD.

His most audacious bet after analyzing information, calculating risk, and the potential return was backing the underdogs the New Orleans Saints who were playing The Indianapolis Colts at the Super Bowl 2010. Billy was so confident he bet $3.5 million USD on the Saints, they didn’t let him down, the Saints won 31-17. The total of the winning bet has never been disclosed but it is fair to say it was worth his time, goes to show the bookmakers do get it wrong sometimes.

Gambling should be about having fun and of course winning, enjoy yourself but only bet within your means. Who knows one day you might be as lucky as Mr. Yates or even as good as the studious Billy Walters. 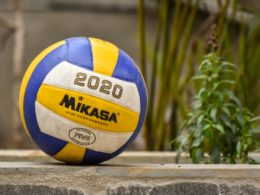 NewsDio Desk : As the news of Italian volleyball club who didn’t think twice to sue a former…
byZaheer 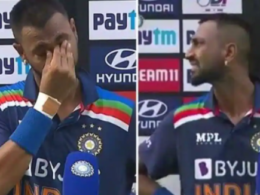 NewsDio Desk : Krunal Pandya ‘s emotional moment was equivalent to the most cherished and coveted one. Yes,…
byZaheer 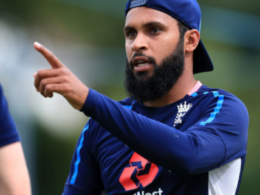 NewsDio Desk : It is rightly said that we don’t feel disappointed, if we don’t have expectations, and…
byZaheer